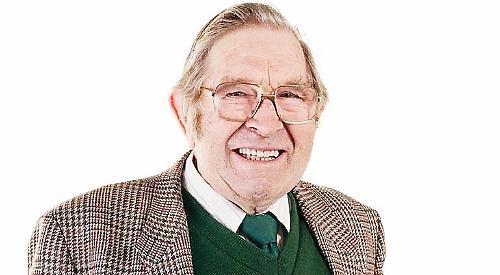 DONALD John Dawes, or Don to his family and friends, has died, aged 83.

He was a well-known farmer who had lived in the Henley area for 59 years.

He was born at Bradfield, Berkshire, the eldest of two boys. His parents were butchers and when they gave up the shop they took on a farm.

After leaving Reading Collegiate School, Don returned to the family farm before carrying out two years of national service.

He was an active member and past chairman of Bradfield Young Farmers and it was during this time that he met Scottish lass Una.

They were married on September 28, 1959 and, after a very brief honeymoon, they headed to Park Place Farm at Remenham where they became the new tenants of the
130-acre farm with 21 milking cows, nine heifers and 10 pigs.

During his time at Park Place Farm, Don was not only a very progressive farmer but he also made time for the farming community and was involved with many committees.

He was chairman of the Thames and Kennet Training Group for 10 years and regularly had students from Berkshire College of Agriculture, where he was on the management committee, for milking experience.

He was also a proficiency test examiner.

A past chairman of the Royal East Berkshire Agricultural Association and the Grassland Society, he was also a director of Quality Milk Producers and chairman and past president of the Thames and Isis Jersey Club.

A leading figure of the Henley and District Agricultural Association, which organises the annual Henley Show, he was actively involved on the committee. He was association president in 1990.

It was no surprise when, after his year in office and with his passion and skill for livestock, he joined the association’s agricultural committee as chairman. He carried out this role tirelessly for 19 years.

When he retired from the committee, a member described Don as someone who was motivational to all with a positive, can-do attitude.

Desme Smith, past secretary of Henley Show, said: “He was someone once seen and heard, never forgotten — a wonderful, inspirational man for whom nothing was a problem or too much trouble.”

Don’s sense of humour and chuckle were legendary, as were his after-dinner speeches. He could also be heard regularly on the airwaves as the agricultural voice of BBC Radio Berkshire.

His name is particularly synonymous with Jersey cattle, the breed that won him innumerable awards over the years at breed shows and national events. He was a pioneer in Jersey cattle breeding genetics, finding ways to improve the breed type and milk production in this country.

There are not many livestock, crop, grassland and best-farmed farm competitions that do not have his name engraved on their silverware.

In 1996 Don was awarded the Fellowship of Royal Agricultural Societies for his outstanding contribution as an individual to UK agricultural and rural progress.

After building up his tenanted land, he sold the 500-acre home farm and purchased three other farms for his sons.

Don and Una moved to Woodside Farm in Remenham in 1992. He was the first to say that without a very supportive wife and his three sons, he could not have accomplished everything he did in his life. Family was very important to him.

Everyone is warmly welcomed at a service to celebrate Don’s life at St Nicholas’s Church in Remenham on Tuesday, October 2 at 11.30am. No black ties.