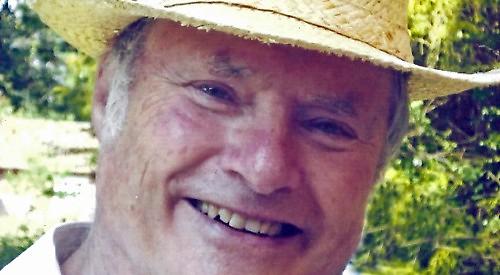 He was the son of Kit and Lawrence Pooley, who were part of the family-run office furniture business in Holborn, and had a sister, two half-sisters and a half-brother.

His first family home was in Stanmore before moving to Northwood Hills in Middlesex.

Mike attended Northwood Secondary Modern School, now known as Northwood School, where he excelled in maths and was voted head boy by his peers.

After school, Mike joined the Air Training Corps and then completed his two years of national service with the RAF, where he worked to defend Britain against enemy air attacks in 1956 as a plotter, an early form of air traffic monitoring.

He then worked as an auditor in an accountant’s office for a short time before going on to manage a small advertising film business in Wardour Street, Soho. He primarily filmed motor racing, including the Monte Carlo Rally and Formula 1.

During this time, Mike met his wife, Jackie, at a Twenties-themed party in London and they were married in Orpington on February 4, 1961.The couple celebrated their 59th anniversary earlier this year. Mike always referred to Jackie as “the love of my life”.

The couple bought a bungalow in Eastcote, Middlesex, and had their first child, Lawrence, in 1963 and three years later a daughter, Emma, both born at home.

Mike had joined the family business but eventually launched his own office furniture company called Michael Pooley Contracts. He started it from home before buying a warehouse in Mortlake, which was in dire need of repair so he rebuilt it. He also set up the London office ergonomic training centre in Holborn.

The road the warehouse was on was renamed Pooley Way after him on account of how hard-working and influential he was in the area.

In the mid-Eighties Mike and Jackie put together a celebrity cookbook, which raised thousands of pounds for the RNLI. The contributors included Ronnie Barker, Joan Collins, Paul and Linda McCartney and Kenny Everett.

During his time in Middlesex, Mike was a member Northwood Round Table and became chairman at the age of 30. He was an honorary “round tabler” for one year at the age of 40 before leaving. Mike retired in his late sixties and in 1994 he and Jackie moved to Broadplat, near Henley. The couple had always loved the River Thames and decided that Henley was for them.

Mike became heavily involved in local charity work and was an active member of the community.

He was chairman of the Henley Regatta for the Disabled from 2016 to 2019 as well as being a trustee, director, treasurer and fund-raiser. He was a skipper of Rivertime, a purpose-built boat to enable disabled young people to safely enjoy the river.

The regatta has been running now for 10 years and Mike attended the very first meeting.

He was a member of Barnes Rotary Club in London before joining the Rotary Club of Henley Bridge, where he was president twice from 1998 to 1999 and from 2013 to 2014. He was the club secretary at the time of his passing.

During his time with the club, Mike organised many fundraising events, including a fashion show hosted by Paul Daniels and Debbie McGee and a dinner at which Formula 1 managing director Ross Brawn, who lives near Stoke Row, was a guest and was interviewed by Murray Walker as a surprise. The latter event raised more than £20,000.

Another of his favourite fund
raisers was a concert featuring the Ghanaian afro-rock band Osibisa where he had invited Sir Michael Parkinson to be MC and some bunny girls.

The Rotary club also enabled Mike and Jackie to travel frequently for conventions and two of their favourite trips were to Saltlake City in Utah and Venice.

Mike first became a volunteer for the Henley Visually Impaired Group in 2003 and then made chairman in 2009. He organised afternoon teas, speakers, music and entertainment for those attending with a great bunch of volunteers to help out.

In 2014, Mike received the Henley town medal for his voluntary work. He was very proud as he loved Henley, being busy and organising events.

As well as his charity work, Mike was a great sportsman throughout his life, playing snooker, badminton, golf and squash. He was also a keen fisherman and enjoyed shooting at Bisley.

He spent 40-odd years on various boats on the River Thames with family and friends.

Mike was chairman and tournament director for the Phyllis Court snooker club, of which he was a member and known as one of its best players.

Around the age of 78, Mike was diagnosed with early stage lymphoma, which became progressively worse this year.

He passed away at home on Monday, November 9, at the age of 84 with his wife and daughter by his side.

Mike had lots of wonderful friends and brilliant neighbours. He will be remembered as a fantastic husband, father, uncle, brother and friend with a great business and charity mind.

A private funeral will take place but the family hopes to honour Mike’s memory with a celebration of his life for family and friends once the coronavirus pandemic restrictions are fully lifted.

Mike’s family would like to thank everyone for their support and kind wishes. If anyone would like to donate money in his memory, please visit www.bloodcancer.org.uk