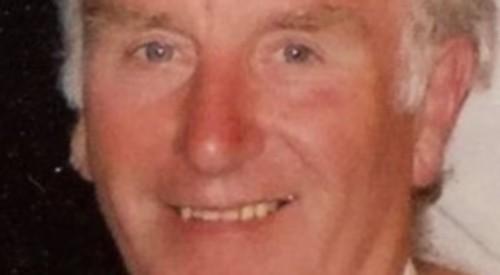 ANDY BRYAN, who was well known on the South Oxfordshire and Berkshire sporting scene, has died, aged 78. His health had been deteriorating for some time.

He was involved with Highmoor, Peppard and Henley Town football clubs as well as the Peppard and Peppard/Stoke Row cricket teams. He also played senior cricket for Berkshire.

Born in Northamptonshire on January 11, 1943, Andy moved to Highmoor in 1966 to become the landlord of the Woodman, known locally as the “Sportsman’s pub”. He was then Brakspear’s youngest tenant.

Andy also worked alongside his father, a farmer with sheep and chickens, and they won numerous rosettes for their rare breed sheep.

He would tour the area selling eggs from an old Vauxhall Astra van, telling customers “you won’t find them any cheaper”.

Andy also ran the bars at the Henley Show, now the Henley Farm and Country Show, and the Berkshire County Show at Newbury.

But it was in cricket and football where Andy, a lifelong Spurs fan, made his mark, starting with the formation of Highmoor FC.

He was player-manager for about 20 years and under his guidance the club markedly improved their standards on both Saturdays and Sundays.

As a player, he had a reputation for being a tough centre-half who never messed with the opposition. He once said: “The ball gets past you or the man gets past you, but both don’t.”

He also became involved with Peppard FC along with Roy Merryweather.

Wishing to test his management skills at a higher level, Andy realised he had to move on from Highmoor, who had no prospect of improving their facilities much.

In the summer of 1986 he accepted the manager’s position at Henley Town FC. Their previous season had been a disaster but, following Andy’s arrival, they moved halfway up the table in the Chiltonian League Division 2, which they won a year later to gain promotion. After five years as manager, Andy became club chairman, which he said provided his fondest memories.

During his long term of office, the Chiltonian League was absorbed into the Hellenic League. Henley Town won the last Chiltonian Premier Division and went on to win the Hellenic Division 1 (East) by a 20-point margin a year later.

At one time during this period, the club was running six teams.

Andy was largely responsible for getting the funding for their clubhouse and said his greatest achievement came in a remarkable 2000-01 season when the club won four trophies with their Saturday and Sunday teams.

Leaving the chairman’s position after 20 years, Andy remained on the club committee. Although he ended up being voted a life member of the club, he resisted the offer for some time on the grounds that it made it sound as though his active contribution was over.

In his later years, he was happy just cleaning out the dressing rooms after a game and was left devastated when that voluntary job came to an end.

Andy also loved his cricket, spending most of his life at Peppard and taking on the duties of skipper, scorer and umpire, which he continued when they merged with Stoke Row.

He played for the club until he was in his sixties and was also selected for the Berkshire over-50s team. Along the way he was also happy to arrange fixtures for weekends and midweek teams.

In a statement, Peppard/Stoke Row Cricket Club said: “Andy played a pivotal role in so many aspects of the club and his contribution to cricket and local sport will be sadly missed.”

Don Townsin, a friend for more than 50 years and a fellow cricketer, said: “I would like to stress what an unselfish supporter of cricket he was at both club and county level.

“At Peppard for very many years, he was fixtures secretary as well as the Saturday 2nds and Sunday captains. He set up and ran the Berks Seniors Sunday team, which enabled many players to enter seniors cricket and subsequently play at over-50s, over-60s 1s and even over-70s cricket. A lot of us are still playing seniors cricket today and have Andy to thank for introducing us.

“I opened the batting with him on many occasions for Peppard and he was forever the optimist in that it did not seem to matter how many runs we were chasing he would say, ‘We will knock these off’. Andy was one of a kind and will be sorely missed by very many people.”

In recent years Parkinson’s took its toll on Andy and he was cared for at Nuffield Nursing Home, where he died on March 31.

He is survived by his son Peter, daughter Sarah Dye, four grandchildren and one great grandchild.