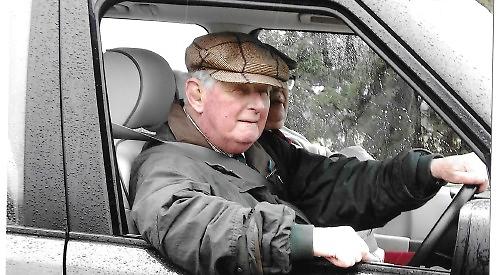 A FORMER president of the Garth and South Berks hunt has died.

Major Sir David Black, who lived at Beechwood Farm in Woodcote, passed away peacefully on May 22, aged 92.

He joined the mastership of the Garth and South Berks in 1965 while living in the Old Rectory in Englefield and served for many years as chairman and then president.

After giving up the mastership, he hunted for several seasons with the Beaufort and also hunted on Mondays with the Old Berks for some seasons.

Born in 1929, he was educated at Eton College and gained the rank of major in the Royal Horse Guards. Sir David was the last surviving officer to have stood guard at George VI lying in state and commanded the carriage guard in the coronation procession of the Queen.

He gained the rank of major in 1963 in the Berkshire and Westminster Dragoons (Territorial Army).

His family had lived at Migham Park, between Reading and Newbury. but later moved to Elvendon Priory in Woodcote.

He spent many happy days stalking and fishing at Shurrey Lodge, Shebster, Thurso in Caithness, where he and Lady Black entertained people from the hunting world and others. including the late Queen Mother.

Hounds were always welcome on his estate and although he ran a very successful shoot, he always said never stop hounds if they were running on his land.

He knew so many people and was always willing to help with introductions to other landowners or iove words of advice to new masters.

Autumn hunting two seasons ago, he was standing in Wroxtons and said that his father had planted the covert just before the war.

Although a now mature woodland, it was only then we realised the oaks were in straight lines.