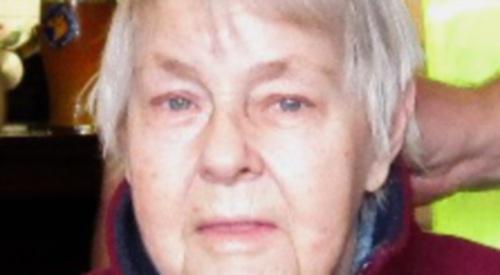 JUNE GIBBS, postmistress at Shepherds Green for many years, passed away peacefully just after midnight on October 24 at St Luke’s residential home in Emmer Green after a short illness.

It has been many years since she was the whist drive queen, hardly ever missing a game around Rotherfield Greys, Highmoor or Sonning Common. Indeed, she and her sisters organised quite a few themselves.

Also a great fan of jumble sales, June would try her best to get to the bargains before anyone else!

A great gardener in her days at Shepherds Green, all she had to do was put seeds in the ground and it erupted with runner beans, potatoes, cabbages and any other vegetables which took her fancy in a particular year.

Added to that were her lovely lupins, colourful roses, buddleia and laburnum trees.

The apple tree was mostly for us to climb as the fruit was Bramley and Mum didn’t much enjoy cooking, although we had apple crumble every so often.

It was always exciting to see whether it was going to be soggy or rock hard, sweet or sour!

She had similar results with her rice pudding, which went in the oven with the Sunday roast and came out when Dad got back from the pub soon after it closed at 2.30pm. Too runny? Rock hard? It was funny... always a good thing for leg-pulling!

“Bugger off and take the dog for a walk and take your sister with you,” was a regular weekend mantra.

It was Mum’s way of getting her feet up, perhaps to knit us another jumper... always saving money. Knitting needles are also great back scratchers. “I don’t want to see you ’til teatime!” she’d say as we trotted off up the common or down into Sam’s wood where the well-exercised dog would do her best to trip us up with her stick!

Of course we had to bring back as much wood as we (and the dog) could carry.

As she got older, Mum liked to keep us close. She enjoyed having us visit and being taken for “a little ride” in the car. If we hadn’t been round for a few days she would telephone to find out where we’d got to, possibly feeling lonely after Dad died.

Eventually, after a few falls, June had to admit defeat. Frailty and insecurity forced her to sell her Sonning Common home and move to St Luke’s, where she was close to the carers who could support and keep an eye on her.

She soon settled in. The staff there are truly amazing and Mum became very fond of them. There she felt secure and cared for until she finally went to sleep.

The funeral will be held at the Reading Crematorium, Henley Road, Caversham, at midday on Monday, November 7.

The family have asked for no flowers but for donations to be made to the Sue Ryder charity instead.