Children dress up as heroes 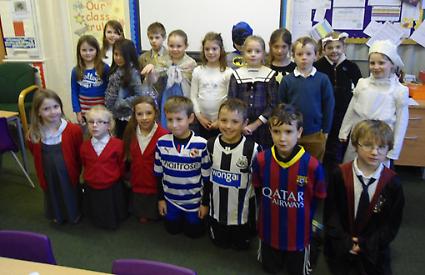 PUPILS and staff at Peppard Primary School kick-started the New Year by dressing up as their heroes.

They arrived at school for the start of the new term in fancy dress costumes.

Characters included historical figures such as Florence Nightingale as well as a number of fictional characters including Harry Potter, Batman and fairytale princesses. Sporting greats and footballers were also popular.

Perhaps the most unusual choice was weatherman John Kettley, who was immmortalised in a 1988 pop song.

“Heroes” will be the focus of the curriculum this term and is also the theme of this year’s Henley Youth Festival, which takes place in March.