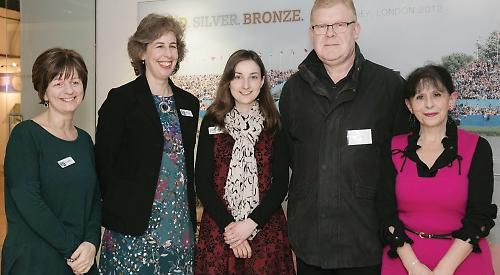 A NEW gallery dedicated to the work of one of England’s most influential yet overlooked artists has opened at Henley’s River and Rowing Museum.

“John Piper — A very British artist” is the title of the permanent exhibition. A launch party and private view was held on the 113th anniversary of the artist’s birth.

Piper, a painter and printmaker who died in 1992 aged 88, spent most of his working life at his farmhouse in Fawley Bottom.

Equally renowned for his romantic landscapes, war art, views of ruined churches, ceramics and tapestries, Piper is today considered to be one of the most significant British artists of the 20th century.