Lovely walk in autumnal woods before we welcome furry additions 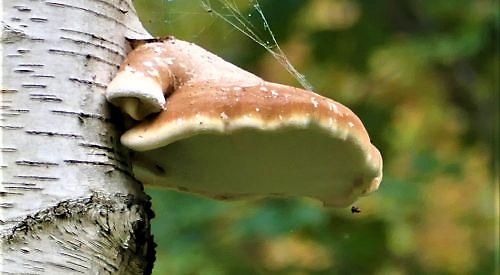 BINFIELD HEATH is a bit of a wonder with its enchanting woods, large ponds, unexpected streams, sudden wide views, earthy scents, handsome trees on relatively high ground and a wholesome bucolic appearance that time seems to have forgotten.

At Rosemary’s suggestion, we agree to visit part of the parish that we have not trod for a good year.

My wife thinks that we are more than likely to see some super autumnal colours and in any case we have limited time because we need to drive to Hurst later as we are on a rescue mission (more of which later).

After driving up Caversham Park Road, we turn right into Kiln Road with ancient Clayfield Copse, now full of yellow and red leaves, to our right.

The old thoroughfare winds either way after passing Bryant’s Farm. After traversing a crossroads, we note a lone, roadside larch tree that doesn’t seem to have grown for decades and go past the former Coach and Horses pub.

As we drive along a straight stretch, known locally as The Belt, we head towards the northern end of the strung-out village to be engulfed in thick mist.

To our right is a multitude of sweet chestnuts, some of the only ones that I know to produce large, edible nuts. Excellent they are too (this makes me think of making stuffing at Christmas).

We arrive outside the Bottle and Glass Inn and leave the car nearby. Now a free house, the refurbished pub retains its old-world attractiveness. We must try it sometime soon as I have not been in for about 20 years.

We walk past and amble down Bones Lane which leads to Bones Wood.

It is only the oaks that seem to have forgotten the art of acorn-making.

The mist pervades and we hear the manic shrieks of pheasants left and right.

To the side of our path, we encounter many fungi growing on wood chippings, fallen branches or simply from somewhere advantageous.

As we meet the wood, we gaze across an arable field and note some ghostly silver birches that rise above tannic-looking bracken through the mizzle.

We are both surprised to encounter so many people walking their dogs. It is obviously a popular walk.

We stop to talk with most of them. Pass someone in an urban street and you will be lucky to get a nod. Contrastingly, out in the country, all is turned on its head.

A crazily formed, youngish oak tree rises above a patch of brambles, its branches curling and shooting every which way, leaves turning to gold.

I suppose that the pit was excavated for its flints for local housebuilding. Today it is full of mature trees with banks abrupt and steep.

Along our path the woodland floor is awash with the leaves of beech, oak and occasional whitebeam — it really is lovely. Rosemary kicks them all over the place as if revisiting childhood days.

Out here we are presented with a fungi fantasia with so many varieties that they are sometimes hard to identify by a novice mycologist like me.

We do come across one species that I know, golden scalycap (Pholiota aurivella), growing on decaying beech.

The beech trees are turning to classic shades, changing the wood into an autumn wonderland.

As we walk on, I think how the land must have appeared to our pioneering ancestors, how they would make camp, set up small settlements and tell tales around a firepit.

I wish I’d been there and will forever wonder what these people experienced — a vast primeval forest with wolves, brown bears, pine martens, wild boar and beavers.

Eels and huge sturgeon in the free-flowing rivers with no locks or weirs. A land dark, untamed and mysterious.

Our forebears felled so many trees to build dwellings, burn wood for winter warmth and grow crops, hence the noun field. What a different world it must have been.

I’d rather be a hunter-gatherer than a farmer any day. Just give me a laden quiver and a sturdy longbow made of yew or wych elm and I’d be more than happy with straw-filled soft leather boots. I digress and, in any case, Rosemary already calls me a “heathen”.

We stroll beside late flowering white dead-nettles. They should have ceased a month or so back. Everything in the natural world seems to be confused.

Our path takes a dip along slippery and stony ground. At the bottom we stop to take a break.

I sit on a tree stump and spot a large, unusually twin-boled pine. It is very big and on investigation turns out to be an Austrian pine, two-needled with distinctive greyish brown rough bark and keeled cones, perhaps planted for decoration.

We turn around to make our way back to the car as we have an appointment.

After the sad loss of our much-loved cat Cilla, we both knew that although she’d gone, we could not live without another furry feline. In fact, we have taken in not one, but two young cats from the Diana Brimblecombe Animal Centre in Nelsons Lane, Hurst.

And we are due to pick up another two this week!

We initially thought of adopting just two but fell in love with the other pair too.

They are all siblings and we did not want to split them up.

The eldest is nine months old, the youngest about six. All grew up on the same farm. They have been neutered, micro-chipped and vaccinated.

Their names (that we’ll retain) are Buffy, Cobweb, Sabrina and Spooky.

We will keep them inside the house for a month or so and then let them explore our magical back garden.

This may seem a lot to take on but then I had three cats at one time and Rosemary six or seven. She has also fostered a large number over the years.

We hope the kittens like their new surroundings and both of us, of course.

The first pair have settled in nicely, eating by day, playing by night. We look forward to completing our little furry family. Wish us luck.

With apologies to Graham Nash:

“Our house is a very, very, very fine house with four cats in the yard.”