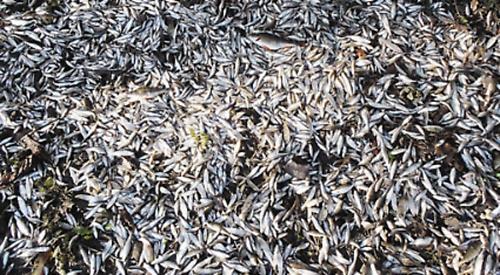 THAMES Water faces another record fine for dumping more than a billion litres of raw sewage into the River Thames, a judge has warned.

Hundreds of fish and birds died between 2013 and 2014 when "out of control" sewage treatment centres owned by the company leaked untreated waste into rivers and streams in the Henley area and beyond.

One was the facility off Marlow Road in Henley, which is next door to the Four Oaks Caravan Club site, while the others were at Little Marlow, Didcot and Aylesbury. A large sewage pumping station at Littlemore, near Oxford, and an unmanned treatment works at Arborfield were also involved.

During a hearing today at Aylesbury Crown Court, Judge Francis Sheridan said the penalty would be "certainly in excess" of the record £1million fine the utility firm paid last year for polluting a canal in Hertfordshire.

As a result of the latest series of incidents, the court heard, tampons, condoms and sanitary towels were left floating in the river and a crayfish fisherman had to lay his staff off for three years.

Elsewhere, a farmer had to stop his cattle from drinking from the river after they suffered tapeworm infestations while a nine-year-old sailing student became seriously ill with a stomach bug after coming into contact with raw sewage.

Workers at the Aylesbury site logged a series of issues including babies' nappies not being removed and cases of illegal leakage. It was alleged that management did nothing to resolve the ongoing problem and one logbook entry warned the situation was "a failure waiting to happen".

In September 2013 the Arborfield site pumped out untreated sewage after one of its treatment pumps became blocked. More than 200 dead fish were seen floating in Barkham Brook, a tributary of the River Loddon, which itself its a tributary of the Thames.

The court heard how a similar problem had been reported at the same treatment works in 2010. Sailesh Mehta, prosecuting, said: “We submit that the company should have been on high alert.”

The River Wye and the River Thame, another tributary of the Thames that runs between Aylesbury and Dorchester, were affected by the other leaks.

Thames Water had already admitted several charges of unlawful discharge and breaching ammonia levels under the Environmental Permitting Regulations in relation to five of the sites. Today it pleaded guilty over the Arborfield leak.

It was due to be sentenced today but has been postponed as another charge is to be put to the firm. It is now likely to happen on Tuesday.

Judge Sheridan said he would sentence all offences at once as he felt it was a case of "systemic failure" rather than individual breaches.

He told the court: "The fine has to get the message home to Thames Water that 140 million tons of excrement straight into the river is unacceptable. It doesn't get much plainer than that.

"There were alarms going off for days on end, certainly more than 24 hours, and poor quality equipment.

"One has to get the message across to shareholders that the environment is to be cherished and protected, not poisoned and polluted."