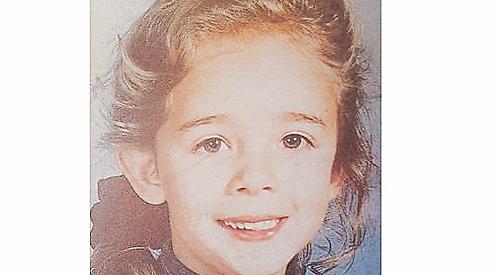 POLICE have launched an appeal for information on the 20th anniversary of the murder of a seven-year-old girl in Caversham.

Emily Salvini died in a fire that started when petrol was poured through the front door of her family’s home in Hemdean Road during the night of May 3, 1997.

Emily’s mother Katie, who was 30 at the time, managed to get out with her three-year-old son Zach, but suffered burns and needed weeks of treatment for at Stoke Mandeville Hospital in Aylesbury.

Peter Beirne, the head of Thames Valley Police’s major crime review team, said: “The offender poured petrol into the hallway and set fire to it, causing an intense fire to rage through the house.

“Katie managed to get out of the house with Zach by climbing on to the roof of a bay window beneath her bedroom but she still received severe injuries and was in intensive care for about four weeks and in hospital for a total of six weeks afterwards.

“She was unable to get to where Emily was sleeping due to the intensity of the fire.

“At the same time the fire was started, the telephone wires on three telegraph poles in Hemdean Road were cut, meaning that no phones in the street worked and there was a delay in the emergency services being notified.

“It is difficult to comprehend why anyone would want to set fire to the home of a young family.

“Although a number of arrests were made at the time and the force appealed for information on various platforms, the offence remains undetected. I would like to use the anniversary of Emily’s death to appeal to anyone that may have any information that may assist us to please come forward.

“The person responsible will have had this horrific act on their conscience for two decades and there has to be a possibility that they have confided in someone. Even if you think the information is insignificant please come forward so we can investigate.”

“I was only three at the time when someone set my home on fire. It is my earliest and saddest memory.

“The person who did this has yet to be found and any information you may know could be greatly beneficial to my family and me.

“I urge you to contact the police with any information, however big or small, you could have regarding my sister’s death.”