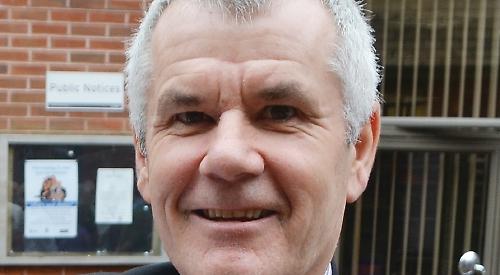 A LONG-RUNNING planning dispute involving a garden centre near Wargrave has been resolved on the orders of a judge.

However, the owner of Hare Hatch Sheeplands has been given a suspended prison sentence and will have to pay costs of nearly £20,000 with another business owner.

Rob Scott had been involved in the dispute with Wokingham Borough Council since 2012 when it accused him of breaching the green belt and extending a café and play area unlawfully.

He only had planning permission to operate as a plant nursery, café and farm shop and did not have the authority to host seven other businesses on the site, including a fishmonger, pet food store and antiques dealer.

The council said Mr Scott ignored an enforcement notice so it was forced to take legal action. The owner appealed but earlier this year the High Court ruled in favour of the council and granted an injunction against the garden centre.

Mr Scott was given until May 1 to comply with the enforcement notice and cease any unlawful activities, meaning six businesses had to leave the site and the seventh, Fish Glorious Fish, had to relocate to the farm shop.

A hearing last month ruled that the fishmonger was not authorised to operate within the farm shop but could be part of a future planning application but the business has since left the garden centre.

Judge Nicholas Lavender QC said the council would inspect the site within two weeks, at which point Mr Scott should have ensured all unauthorised activities had ceased.

At a hearing at the High Court in London on Wednesday last week, Judge Lavender ruled that Mr Scott had now complied with all the terms of the injunction.

However, as some of the changes required by the council were not made until after the two-week deadline, including the demolition of buildings used for the unauthorised concessions and the removal of water and electricity supplies, Mr Scott admitted contempt of court and was given a two-month prison sentence, which was suspended for two years.

He was also ordered to pay costs of £19,477 with Gordon Parry, of Garden Trends, one of the unauthorised businesses which failed to leave the site ahead of the first inspection in May.

After the hearing, Mr Scott said: “The good news is that this brings matters to a close.

“Not only is the verdict of the judge a huge relief, it is also a tribute to the effort our employees have put in over the past few weeks.

“They have worked so hard to make sure that we met all of the council’s requirements.

“Now I can look forward to revitalising the business by working closely with the borough council in a spirit of co-operation.

“We need to take steps to ensure that we can remain a financially viable concern that still meets the needs of our customers and the local community. Our loyal customers have shown their tremendous support over the past few weeks by backing our sale of stock and we look forward to repaying that loyalty as we move forward into a new era.”

Councillor Simon Weeks, executive member for planning and enforcement at the council, said: “A breach of a court order is contempt of court and the council made an application for committal.

“The first hearing took place on June 30 and Mr Scott and Mr Parry admitted they had not complied and were in contempt of court.

The judge adjourned the case until July 19 to give Mr Scott and Mr Parry the opportunity to purge their contempt by complying with the order.

“Officers visited the site again on July 17 and 18 and found that, other than the complete removal of demolition debris, Mr Scott and Mr Parry had complied.

“Mr Scott and Mr Parry apologised unreservedly to the court for their contempt.”

l The garden centre has donated 200 packets of flower seeds to child bereavement charity Daisy’s Dream for its Pots of Change initiative, where people fill an empty flowerpot with loose change which can be swapped for a packet of seeds.