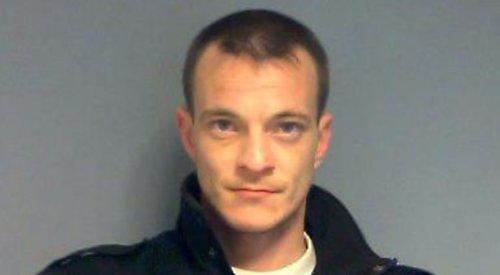 A MAN from Caversham has been jailed after leading police on a high-speed chase through residential streets.

Martyn Allen, of Whitby Green, sped off at up to 75mph in a 30mph zone after traffic officers asked him to stop.

The 30-year-old drove his blue Daewoo Kalos dangerously along Grovelands Road, The Meadway, Halls Road, Langley Hill and Old Bath Road, all in Calcot, before heading off road and attempting to flee on foot.

Police continued to chase Allen and eventually caught and arrested him.

At Reading Crown Court on September 7 he was convicted of dangerous driving, for which he was imprisoned for 17 months and disqualified from driving for three years and 10 months. He must also pass an extended driving test before he can regain his licence.

Pc Jamie Payne, who investigated the incident on December 19 last year, said: “In a bid to evade officers, Martyn Allen undertook some very dangerous driving around a residential area in Reading.

“He drove up to 75mph in a 30mph zone, on the wrong side of the road on several occasions and off road at the end where I made tactical contact with him to bring the pursuit to an end.

“I gave chase on foot and caught up with him as he tried to climb over a fence 200 metres away.

“He put many members of the public at risk whether they were pedestrians or other road users. It was fortunate that nobody was hurt by his reckless actions that day.”