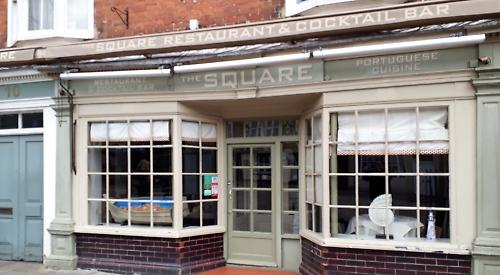 A MAN who was attacked as he walked home from work in Henley has thanked the people who saved him.

Jaime Cintra, of Western Road, was walking along Greys Road late at night when he was unexpexctedly tackled to the ground and punched in the head and back by two men. The attackers were then chased off by two other men who were passing while their female companion helped Mr Cintra back to The Square restaurant in Market Place, where is a waiter, to call 999. The attack happened shortly afer midnight on Saturday, March 3.

Mr Cintra, 48, who regularly walks home along Greys Road, said: “I’ve been in Henley for nearly 20 years and nothing like this has ever happened before. It’s a very safe place for me and that’s why I go on the small roads on the way home.”

He said the attackers came at him by surprise and swore at him after bundling him to the ground. They had covered their faces so he couldn’t recognise them.

He said: “One of them came from the front, grabbed my leg and put me on the floor. The other one came from the back and started punching me. It took me completely by surprise. It lasted about two or three moments before the other men came.”

The other two men ran after the attackers towards Church Street.

Mr Cintra said: “The girl asked if I was okay. I went back to the restaurant and called 999 and she stayed for half an hour talking with me. My arm was swollen and I had a pain in my ribs. My head also had some scratches.”

Mr Cintra said he didn’t get the names of his rescuers but would like them to come forward so he can thank them in person. He said: “They were amazing. They helped me — if they hadn’t it could have been worse. I could be dead.”

Do you know the three rescuers? If so, please call the Henley Standard newsdesk on (01491) 419444 or email news@henley
standard.co.uk