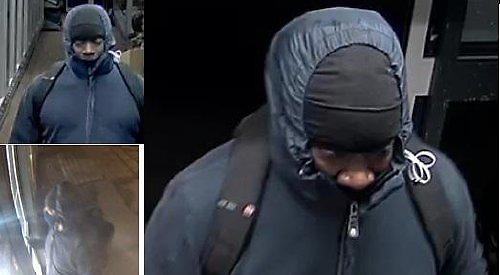 TWO members of staff were threatened by a knifeman who robbed the Co-op store in Sonning Common.

Police said the hooded robber told one employee to lie on the floor and the other one to take him to the safe.

He then took cash and told both staff to lie on the floor for another minute while he ran off towards Peppard Road.

The robbery happened at the shop in Wood Lane at 10pm on Sunday, April 8.

Ds Alun Watkins said: “This was a very frightening incident for the victims.

“We believe this robbery is linked to a number of similar offences across the Thames Valley.”

Police have released CCTV images of the suspect, who is described as black and wearing a dark-coloured hooded jacket and a black woolly hat.