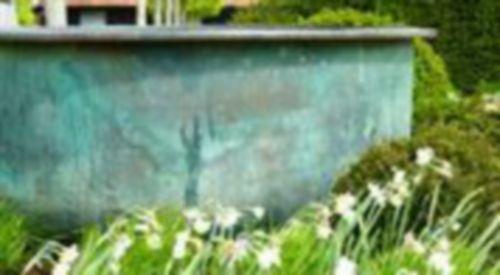 A LARGE copper vat worth £4,500 was stolen from a business in Bix.

It was taken from a courtyard at Bix Manor in the early hours of Monday last week.

The vat, which measures 1.6m across and is 78cm deep, was part of Louise Hall’s stock.

She runs homeware business Louise Hall Decorative from the manor and had intended to sell it, perhaps for use as a planter.

Mrs Hall said it had clearly been stolen to order as nothing else was taken.

She said: “It was taken sometime in the early hours, probably about 4am or 5am. Nobody heard a thing.

“It’s enormous and probably weighs half a ton. It was full of water so they would have had to empty it. It would have taken a lot of strong men to lift it.

“I’d like to think it could be recovered but that’s highly unlikely. If anybody has any information about this it would be useful.”

The theft has been reported to the police. Anyone with information should call Thames Valley Police on 101, quoting reference number 43190297302.