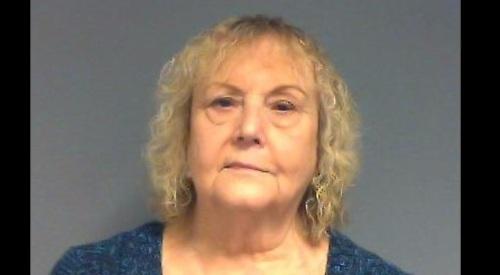 A WOMAN from Charvil has been jailed for defrauding her employer out of more than £300,000 to fund an “extravagant lifestyle”.

Joy Liddiard, of River Court, was sentenced to 32 months at Reading Crown Court on Monday after admitting conspiracy to defraud and fraud by abuse of position.

The 81-year-old was employed by Simpsons Springs and Pressings in Wokingham.

She and an accomplice defrauded the family-run engineering firm out of a total of £316,740 between 2001 and 2016. Liddiard and office administrator Beverly Taylor were employed to run the accounts and payroll admin office at the company.

Liddiard, who joined the firm in 2007, was responsible for the company’s accounts and was able to make payments to staff and suppliers.

The court heard she opened a personal bank account with a similar name to a courier used by the firm to disguise the fraudulent payments. She transferred nearly £220,000 to it.

Taylor, who started working for the company in 2011, became aware of the fraud and joined in.

Liddiard paid the mother-of-three double her salary every month, making her more than £47,000.

The pair’s deceit was uncovered by accountants who examined the firm’s accounts.

Taylor, 51, of Lucas Place, Bracknell, was found guilty of conspiracy to commit fraud by abuse of position and fraud following a trial. She was jailed for 27 months.

In a victim impact statement, managing director Derek Simpson said “their betrayal is the ultimate slap in the face” and there was a chance the business could have closed.

Sentencing the pair, Judge Sarah Campbell called it a “callous and cold-hearted fraud”.

Det Chief Insp Mike Bettington, of Thames Valley Police, said: “Their action to defraud the company was a massive breach of trust and was done in order to fund their extravagant lifestyles. This included expensive holidays, the purchase of new cars and a residence in a luxury riverside apartment.

“Liddiard and Taylor amassed a huge loss to the company which has had a devastating impact on the business.

“This was a challenging investigation due to the length of time it took looking into the hundreds of transactions which we needed to research and investigate thoroughly.

“We are very pleased to have achieved this conviction and will continue to pursue people who commit fraud, regardless of their age or position in society.”