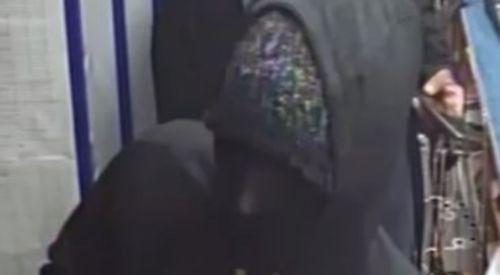 A SHOPKEEPER in Henley has told how he was robbed at knifepoint by a masked man.

Yogarajah Rajkumar, manager of Station News, said he is now fearful about opening his shop early and closing late after the business was targeted for the fifth time in a little over two years.

The robber came into the shop in Station Road at about 6.15am on Friday dressed from head to toe in black and brandishing a 6in knife.

Mr Rajkumar said he initially thought the man was covering his face to protect himself from being infected by coronavirus.

He said: “I was serving a customer when the guy came in. His whole face was enclosed and it looked like he had a black cloth over his face — you couldn’t see his face.

“He simply came toward me and said, ‘give me cigarettes’. I said, ‘what cigarettes?’ and ‘who are you? Open your mouth, I can’t see your face’. Because of the current problem a lot of people are covering their face. I thought he was one of those.

The robber demanded Mr Rajkumar put the cigarettes in a Sainsbury’s orange plastic bag that he had brought with him. The shopkeeper said: “Suddenly, he raised his voice and said, ‘put the cigarettes in now’. I said, ‘no, I can’t’ and then he took a knife from his jacket. The blade was six inches.”

Mr Rakjumar then ran out of the shop, along with the male customer, leaving the robber inside.

He called 999 and reported the crime to the police.

The robber spent a couple of minutes behind the counter inside the shop before he came out and fled in the direction of Queen Street.

He got away with about eight packs of cigarettes, two bottles of whisky and a tray of 40 lighters.

Mr Rajkumar and the customer followed him but the offender vanished. Later that day, the customer returned to the shop.

Mr Rajkumar said: “He consoled me and said, ‘I’m really sorry about that and that it happened to you’.”

The shopkeeper gave a statement at Henley police station and a forensics officer recovered the shop’s CCTV footage, which included images of the offender.

The shop opens at 5am and closes at 10pm.

Mr Rajkumar said: “In the past six or seven months, this is the third time something like this has happened. This time they didn’t take much.

“The problem is we don’t know how to defend ourselves. At night time it’s so scary counting the cash.

“We’re the only ones opening a shop early morning. People are so happy because they don’t want to be in a queue at Tesco and we have lots of new people coming and that’s a good thing.

“We can’t close the shop because we have many customers who have newspapers. We already have 270 and we have 80 or 90 new customers. We have been running the shop with reduced staff.

In September burglars stole about £2,000 worth of goods in the second raid on the newsagents in three weeks. They smashed the large front window and took cigarettes and bottles of spirits before leaving in a stolen car.

In the previous raid, burglars stole about £7,000 worth of goods and cash after they hurled a large chunk of masonry through a glass panel in the front door of the shop.

The two masked men triggered the alarm in the process, then used a crowbar to break into a locked cabinet behind the counter. The pair made off with cigarettes, several bottles of whisky and some money from the till.

In December 2018, the door of the shop was damaged in an attempted break-in.

The culprits smashed the bottom pane of glass in the door but they didn’t get in as a heavy magazine rack had been rolled across the doorway and couldn’t be moved from the outside.

In February 2018, masked raiders stole cigarettes worth £5,000 and 10 bottles of spirits from the shop.

Police are appealing for anyone with information to come forward and have released a CCTV image of the robber, who is described as white, aged 25 to 30 and about 5ft 8in.

Dc Carly Milward, who is investigating, said: “If you believe you know this man, or have seen someone wearing similar clothing, then please contact the police.”

Call the Thames Valley Police non-emergency number, 101, or speak to Crimestoppers anonymously on 0800 555 111.