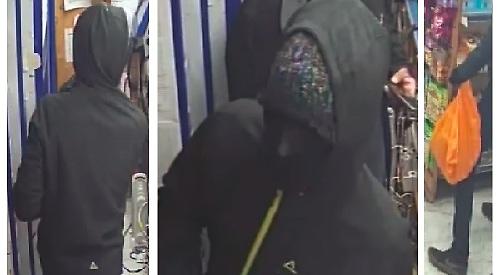 POLICE have released a new CCTV image of a man who robbed a Henley shopkeeper at knifepoint.

The image is thought to have been captured in the street around the time of the robbery at Station News in Station Road at around 6.10am on March 27.

The man, who was dressed from head to toe in black, threatened shop manager Yogarajah Rajkumar with a 6in knife before escaping with about eight packets of cigarettes, two bottles of whisky and a tray of 40 lighters.

It was the fifth time in two years that the shop has been targeted by criminals.

Police are appealing for anyone who recognises the man come forward. He is described as white, aged 25 to 30 and about 5ft 8in.

Anyone with information, should call Thames Valley Police on the non-emergency number 101, quoting the reference number 43200098771.