No fines in Thames Valley for coronavirus breaches 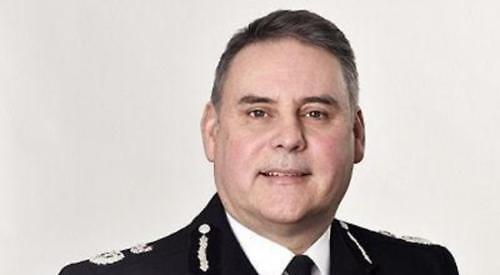 THE chief constable of Thames Valley Police says his officers haven’t handed out any fines for breaches of the coronavirus lockdown.

John Campbell thanked the public for obeying the new legislation, which means only essential workers and those making necessary journeys should be out of their homes.

He said 16 people have been charged across the Thames Valley for breaches of the new measures.

One incident saw a man spit at an officer and he was arrested and is now serving a custodial sentence.

Mr Campbell said: “Both the police and the courts are taking these matters very seriously.

“They [officers] are being encouraged to engage with the public, explain the new legislation, encourage those that don’t want to comply and then ultimately enforce.

“So far, the public response has been very positive and my officers are getting lots of support as they go about their duties.”

A fixed penalty notice for breaching the lockdown is £60, but it is reduced to £30 if paid promptly.

If a member of the public is deemed to be a persistent offender, another penalty notice of £120 will be issued and it continues to double for each offence thereafter.

Mr Campbell said there was only a small minority of people who were not following the new measures and encouraged his officers to use “common sense and discretion” when possible.

He also addressed wider criticism of how the new policing powers are being enforced across the country.

He added: “It is new legislation and with any new laws there is an element of getting to understand the impact.

“You will appreciate that, within society in general, there is some misunderstanding about what those rules are. I think that is settling down.

“We will do that [issue fines] in certain circumstances. The public are behaving as we anticipated. The vast majority are complying with the legislation.

“You will have a section of the community that don’t quite understand and need to be advised and encouraged to comply. Then you will have a group that are wilfully non-compliant and that is where we are making arrests and where we will enforce as well.

“This is too important an issue not to be enforcing when members of the public won’t comply and wilfully won’t comply.”

Stricter measures were introduced by the Government to limit movement, meaning people can only leave the house under specific circumstances.

These include shopping for essential items, travelling to and from work, for any medical needs and for daily exercise. This can be done on your own, or with members of your household.

Residents are also permitted to leave their home if they are giving blood, fulfilling a legal requirement, going to a place of worship or to attend a funeral if they are close family.

A number of businesses remain open during the pandemic, but only if they are considered to be providing an essential service.

The force have advised that officers will be stopping people while they are out on patrols and checking they have a good reason.

Residents will therefore need to carry work-issued passes when they are out of the home to give proof of their reason for travel.

In other parts of the country, officers have been criticised for being “heavy-handed” and there have been calls for the approach to be standardised to give residents a better understanding of how to behave.

Mr Campbell, who was appointed as chief constable last April, said the force had been able to focus resources appropriately as there had been a decline in demand for “traditional calls”.

He said more than 200 former officers had been contacted and shown a willingness to come back on a voluntary basis, but suggested Thames Valley Police was not yet facing an issue with staffing.

He added: “My officers are having thousands of interactions with the public just through their normal duties, but also with respect to the coronavirus crisis that we are in.

“The public recognise that police officers have no choice but to be out delivering their duties. My officers are very willing and enthusiastic to do so, but it’s lovely when the public show support to them while they are performing those duties.

“We are resilient and we certainly have enough officers available and on duty to match the calls from the public and the demand that we are seeing at the moment.

“It is important to have that capacity because we also then need to be encouraging and enforcing the legislation where necessary in order to protect people, protect the community and ultimately protect the NHS.

“We are also making sure that we are looking after our own staff. We need to maintain our resilience in the short term, but also over the months ahead.”

If you witness an individual or group breaching the new rules, you can report it to Thames Valley Police by using the non-emergency number 101.