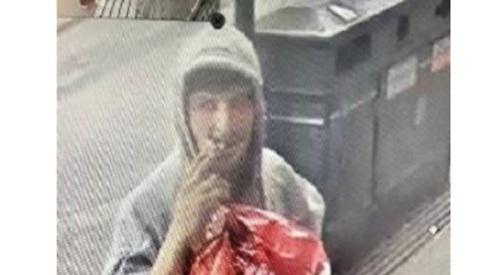 POLICE would like to speak to this man following the theft of a bicycle from Henley town centre.

The incident happened outside Boots in Bell Street at 4pm on Sunday, April 6, shortly after owner Gary Boys propped the bike unlocked against the storefront.

Mr Boys, a DJ and sales recruiter who lives in River Terrace, runs a branch of the town's covid-19 mutual aid group and was collecting a prescription for a vulnerable pensioner who was self-isolating.

He put a message on Facebook a few hours after the incident and the following morning two supporters had left replacement bikes in his front garden.

He told the Henley Standard at the time: “I was absolutely stunned to see the bike had gone.

“I’m not easily shocked but I couldn’t believe anyone would do that in this climate. I can cope with losing my bike but it’s disappointing and you wonder what else they’d be willing to steal.”

The stolen bicycle was a men's mountain bike, mostly in black with a lime green and yellow flash.

Pc Jemima Robinson of Abingdon police station, who is investigating, believes the man seen on CCTV outside the shop may be able to help officers with their inquiries. Anyone with information can call 101, the non-emergency number.