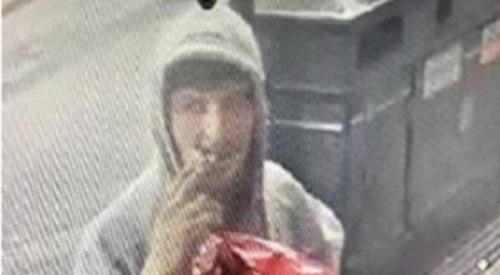 POLICE want to speak to this man following the theft of a bicycle in Henley.

The incident happened outside Boots in Bell Street at about 4pm on Sunday, April 6, shortly after owner Gary Boys propped the bike against the store frontage.

Mr Boys, who runs a branch of the town's covid-19 mutual aid group, was collecting a prescription for a vulnerable pensioner who was self-isolating.

He put a message on Facebook after the incident and the following morning two replacement bikes had been left in his front garden.

The stolen machine was a men’s mountain bike, mostly in black with a lime green and yellow flash.

Anyone who recognises the man should call Thames Valley Police on 101.