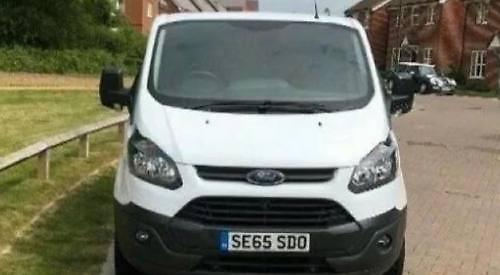 A WINDOW cleaner has had his van stolen just three weeks after he bought it.

Matthew Birkett, 35, paid more than £9,000 for the white Ford Transit Custom before it was taken from outside his home in Brinds Close, Sonning Common.

He bought it to replace his Vauxhall Vivaro because he needed an upgrade for business use.

The theft happened during Tuesday night last week and the van was captured on CCTV passing the Co-op in Wood Lane at about 1.30am.

Mr Birkett had spent weeks fitting it with his equipment, which included two ladders, window
cleaning poles, water buckets, a drill and impact driver as well as his work clothes. His 500-litre purified water tank was also stolen.

Mr Birkett estimates that it will cost about £4,000 to replace all the equipment.

He will claim on his insurnace but said: “It’s everything and without it I can’t work.

“I still am angry — I spent near enough two weeks fitting the van with everything, having searched for it and then buying it.

“I’ve got to do all that again and it’s very frustrating and very upsetting.”

Mr Birkett, who lives with his wife Claire and their two daughters, has been given a temporary loan of a Ford Transit Custom and equipment by another window cleaner.

He said: “Everyone has been supportive and quite a few people have checked their CCTV.”

Police are investigating the theft.