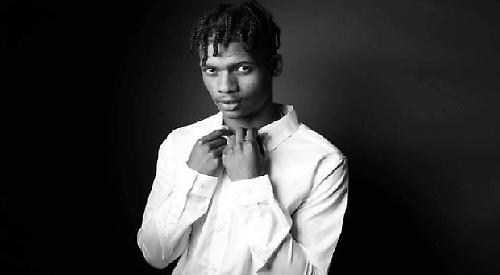 THE family of a man who died in Caversham after being stabbed in the chest have paid tribute to “a precious soul with a heart of gold”.

Yannick Cupido, 24, was pronounced dead at the scene in Managua Close at around 12.55am on Sunday, February 14.

A post mortem took place three days later and the cause of death was found to be a stab wound to the left lung and pulmonary artery.

Cupido was originally from South Africa and was born in Cape Town, but he came to join his family in England two and a half years ago.

O’Neal Joseph, 28, of Amersham Road, Caversham, was arrested on suspicion of murder and later charged by Thames Valley Police in connection with his death.

The case was heard at Reading Crown Court today (February 19) and a plea and pre-trial preparation hearing has been set for May 14, with the trial currently listed for October 11.

The family statement said: “He was such an introverted boy that loved being around his family. He was my rock, he was steadfast, serene and I trusted him with my whole heart. His sister Cleon, describes him as chatty but introverted, charismatic with a heart of gold.

“His sisters say they will hold onto the beautiful adventurous memories they have of him. He is much loved and missed by his brother.

“He loved spending time at home having meals with his family, laughing together and having BBQs in the garden in the summer. He also loved fitness and was a track runner. He was such a beautiful boy, taking part in modelling with his older sister.

“Many members of the community have reached out to me since his death and have told me how much they loved him and respected him. His younger sister Sarah describes him as not really a people person, but a person for the people.

“His girlfriend describes Yannick as a precious soul that was very rare, he is the love of my life.

“His family want to thank the community for all of their dedications to Yannick. Although the family have found it hard to open the door, they can see what Yannick meant to the community and want to thank them for the love, the flowers, the brownies, the cards and all the condolence messages they have received.

“Yannick will always be much loved and dearly missed by his close family and friends.

“The family is grateful for the heavenly father blessing them with Yannick for 24 years. They are thankful for all the street pastors and for my Prophet Miykael and the Elders from the house of Ephraim.”

Another man, aged 22, was arrested in connection with the incident on suspicion of perverting the course of justice and has been released under investigation.

Det Insp Mike Roddy, of the Major Crime Unit, said: “Our thoughts are with Yannick’s family at this incredibly difficult time, and they continue to receive support from specially trained officers.”

Investigating officers appealed for anyone with CCTV or dashcam footage from Managua Close, Nire Road and Ian Mikado Way between 11pm on February 13 and 1am on February 14 to make contact.

A Section 60 order that was put in place to give officers greater powers to stop and search the public ended at 9pm on Wednesday. As a result of the order, a number of weapons and drugs have been seized.

Supt Nick John, local area commander for Reading, said: “I would like to thank everyone for their understanding while this order has been in place.

“It has been extremely beneficial to us in keeping the public safe following the recent incidents in the town.

“Although this order has now been lifted, anybody who feels that they can carry weapons should be aware that our officers will still be applying their ordinary stop and search powers. People should never be carrying weapons, and we will always look to disrupt this activity.”