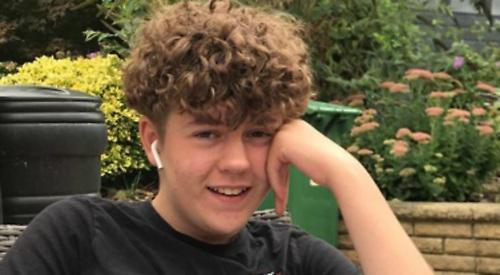 A TEENAGER who was found guilty of murdering another boy in Emmer Green is to appeal against his conviction.

Olly Stephens, 13, died when he was stabbed twice in the chest and back after being lured to Bugs Bottom fields, between Hunters Chase and Gravel Hill. on January 3.

Two 14-year-old boys, who cannot be named for legal reasons, were convicted at Reading Crown Court last month after a five-week trial. They are due to be sentenced at the same court on September 13.

One boy has now appealed after his lawyers were not allowed by the judge to put forward psychiatric evidence about his Asperger’s syndrome.

A 14-year-old girl, who was responsible for luring Olly to the area, had earlier pleaded guilty to manslaughter.

During the trial, the boys told the court they did not mean to cause Olly serious harm. The older boy had asked the girl to arrange a meeting with the victim after they had argued over social media.

After the murder, the killers fled on an electric scooter and disposed of clothes. The knife was thrown off Reading Bridge into the river and messages on their mobile phones were deleted.

Olly was a pupil at Highdown School and Sixth Form Centre in Emmer Green and his family described him as “funny, charming and beautiful”.

After the case, his parents Stewart and Amanda Stephens issued a statement saying: “So many young lives and the lives of their families have been devastated by this callous and cold-hearted act. Knife crime needs to stop. Now.”