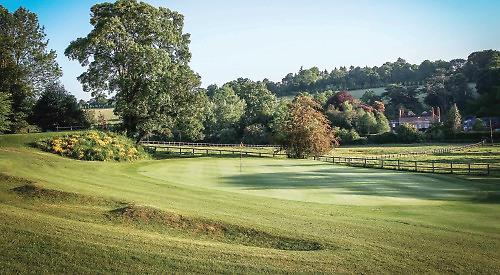 MEMBERS of Henley Golf Club have been warned to beware of thieves breaking into their cars while they are on the course or in the clubhouse.

It follows the theft of two sets of clubs from a vehicle parked in the overflow car park at the club in Harpsden on Saturday evening.

This was the second incident of this type this month.

The club’s CCTV footage shows a shadowy figure opening the boot of the vehicle but the owner insisted that they had locked it and there were no signs of forced entry.

This led to speculation that the thief used a car jammer, a device which prevents a car being locked remotely from a key fob without the owner knowing.

James Brockington, general manager of the club, said: “It’s so important to check your car has actually been locked before leaving it.”

He had a laptop stolen from the boot of his car in the same way while it was parked in the car park by the “top shops” in Greys Road.

“I had been gone less than five minutes and returned to find my laptop had vanished,” said Mr Brockington. “It’s a horrible feeling.

“Unfortunately, the police were unable to obtain evidence as there was no forced entry.”