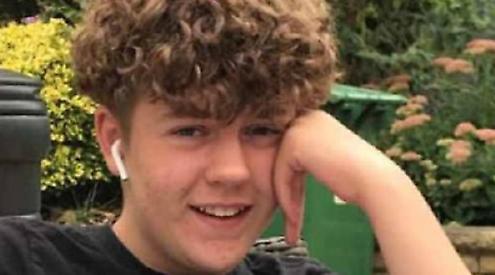 A TEENAGE boy has had his appeal against his conviction for murder rejected.

The 15-year-old claimed that it was unfair that the jury at his trial was not told he had been diagnosed with Asperger’s syndrome.

But the High Court ruled that his condition had no relevance to the circumstances of the incident in which Olly Stephens was killed.

Olly, 13, died at Bugs Bottom fields in Emmer Green in January 2021 after the 15-year-old boy, who was 13 at the time, stabbed him in the chest and in the back.

Olly had been lured by a 13-year-old girl to the area where he was ambushed by the boy and his older friend before a fight in which he was stabbed.

Both boys were convicted of murder and given life sentences following the trial and the girl was sentenced to five years in custody for manslaughter.

Timothy Raggatt QC told the High Court that the younger boy had been known to suffer from Asperger’s syndrome since he was five. But he said the judge who presided over the murder trial at Reading Crown Court made an order excluding mention of this.

Mr Raggatt said that evidence of the boy’s condition may have helped prove he acted in defence rather than with intent.

He said: “He is susceptible to stress and pressure when he is in a noisy, frightening or exciting situation where his responses can be affected by such situations.

“We advanced to the judge that the jury should have known of that condition as it was a relevant matter in determining what his response might be in certain situations.

“It separated him out from the average teenager.

“The judge found it was not admissible. We submit… that was an incorrect decision.

“The total exclusion of the material in all respects was the ultimate unfairness.” Lord Justice William Davis, Mr Justice Griffiths and Her Honour Judge Walden-Smith rejected the appeal.

“The mere fact of the diagnosis took the jury nowhere.”

Lord Justice Davis said: “In our view, at its heart, this was a straightforward case.

“He came to the scene with a knife. When he saw his friend getting the worst of it, he pulled out a knife and used it. Given the nature of the wounds, the jury clearly rejected his account.

“There is no possible risk in this case the jury’s verdict was unsafe.”