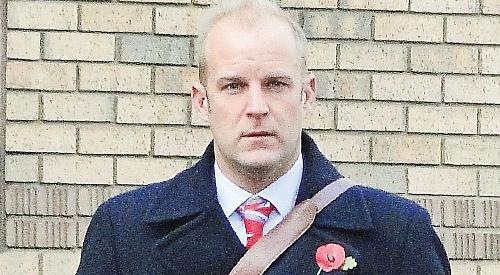 ROWER Alex Partridge has been banned from the road after admitting drink-driving.

The double Olympic medallist was stopped by police on Tuesday, October 18 after overtaking officers in his black Audi A4 in Hammersmith and then refusing to stop as they chased him.

Partridge, 35, from Lower Assendon, was travelling back from a rowing event in London when he was stopped in Talgarth Road at about 9pm.

He was breathalysed and found to have 56 microgrammes of alcohol per 100 millilitres of breath. The legal limit is 35mcg.

He was disqualified from driving for a year and fined £820 and ordered to pay £85 costs and an £82 victim
surcharge.

Katie Bryan, prosecuting, said: “The officers on patrol were overtaken by a vehicle at high speed and gave chase, using flashing lights and tones, but the driver refused to stop.

“The vehicle did stop at the next traffic light and the driver could not account for why he did not stop, saying he always drove that way.”

She said that Partridge “smelled of alcohol” and was arrested after failing a roadside breath test.

“That night he was attending a rowing-related event.

“It can only be described as a gross error of judgement that at the conclusion of the event he got into his car and drove.

“There was no swerving and although the police officers say he drove fast, he stops at the red light and speaks to the officers.

“He was removed from the vehicle forcefully, handcuffed and placed in the cell for holding.”

He added: “This has been a salutary lesson. At the time he was juggling professional commitments.

“He works up and down the country, uses his car for driving and the disqualification effect on him career-wise is yet to be determined.

“You can see the effect this has had on him and the distress it has caused.

“He continues to be involved in youth development within rowing, still very much involved in the grassroots of the sport.”

Sentencing Partridge, the presiding magistrate told him: “It’s a serious offence and it does put the public at risk.”

Partridge, who is a member of Leander Club in Henley, won a silver medal in the men’s eight at the 2008 Olympic Games in Beijing and a bronze in the same boat in London four years later.

He is also a three-time world champion in the coxless fours.