Our modern-day Santa has many Father Christmases... 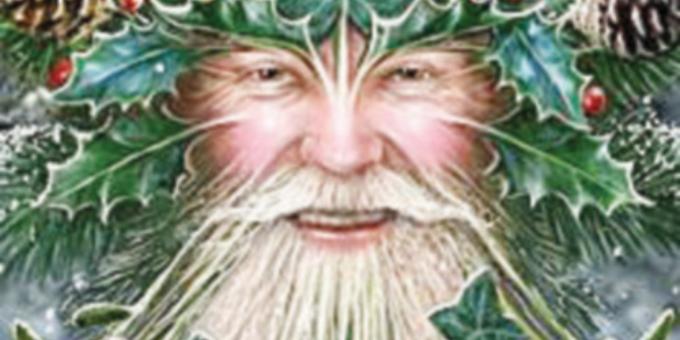 The American Santa Claus originates from Dutch settlers’ stories about Sinter Klass (St Nicholas), the Bishop of Myra (Turkey) in the third century AD, who would travel in his red bishop’s robes and give gifts to the poor.

St Nicholas didn’t ‘arrive’ in Britain until after the Norman invasion, and when he did arrive his story was quickly absorbed into the legend of Father Christmas. By this time, our Father Christmas had already been around for centuries.

The earliest Father Christmas appeared during ancient British mid-winter festivals. He wasn’t known as Father Christmas then, but as a general pagan figure who represented the coming of spring.

He would wear a long, green hooded cloak and a wreath of holly, ivy or mistletoe — an association we still have today.

When Britain fell under Saxon rule in the fifth and sixth centuries AD, Father Christmas took on the characteristics of the Saxon Father Time, also known as King Frost or King Winter.

Someone would dress up as King Winter and be welcomed into homes, where he would sit near the fire and be given something to eat and drink.

This association was strengthened when the Vikings invaded Britain and brought their own midwinter traditions with them.

December 20 to 31 is known as Jultid — the time when Odin takes on the character of Jul and visits the earth. Hence we get the word Yuletide.

So our British Father Christmas became fat like Odin and developed the ability to automatically know whether people had been bad or good. Also, like Odin, Father Christmas could travel magically and be in lots of places in a short space of time.

With the arrival of the Normans and the story of St Nicholas, the creation of today’s Father Christmas was complete.

But it was not until the Victorian age that Father Christmas was truly revived as the spirit of Christmas. The Victorian Father Christmas embodied elements of all his predecessors and was usually drawn as a jolly, pagan figure in a long, hooded coat, the colour of which could be red, blue, green or brown.

Then by the middle of the 20th century, our Father Christmas had changed again. This time he was heavily influenced by illustrations to the poem Twas the Night Before Christmas, as well as the Coca-Cola Company.

It was the Coca-Cola Company’s advert of 1931 that helped to make red the standard colour for Father Christmas’s coat.

And when he’s not living at the North Pole, or Lapland, where then does St Nicholas spend his downtime? Perhaps the fine Georgian townhouse in the heart of Wallingford on the left.