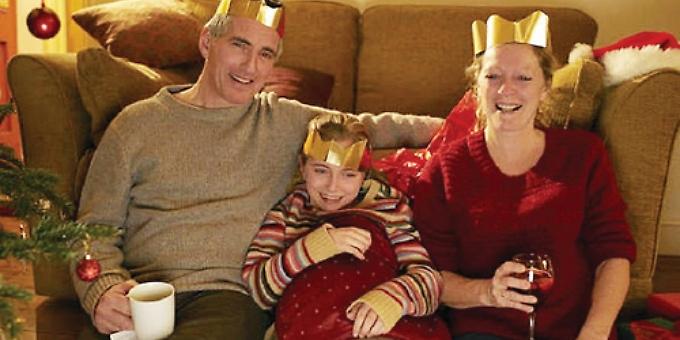 BE careful when you’ve finished off the turkey and crowded around the TV on Christmas Day, writes Lucy Boon.

Because according to a recent survey, 15 per cent of Britons cause accidental damage to their homes as a result of getting distracted when watching the telly.

A study from More Than Insurance reveals a trend of gripping TV programmes being cited as part of the cause of emergency incidents in the home — including fires and flooding.

This is certainly the case for two-thirds (67 per cent) of Britons who admit to getting distracted from the real world when watching TV — with almost half (45 per cent) even neglecting a domestic task because they are so absorbed in a programme.

While you might expect these to be confined to smaller tasks, such as forgetting to turn the iron off or leaving the washing out on the line, the study reveals the alarming regularity of more serious incidents occurring, with 15 per cent confessing to have caused accidental damage to their home as a direct result of getting distracted when watching TV — equivalent to four million households across the UK.

So what TV programmes do Britons need to be most wary of when they settle down to watch an episode?

We hadn’t got the data for this year’s Christmas TV as we went to press... however, over the past year it seems the US series Breaking Bad tops the list of “most dangerous shows”, with Walter White’s exploits causing a fifth (19 per cent) of all reported emergency incidents in British households. The study found the average cost of damage per Heisenberg-induced case was as high as £466.81, with burning food in the oven (48 per cent), kitchen flooding (17 per cent) and pan fires (13 per cent) the most common misfortunes stemming from the gripping drug lord drama.

The results make equally stark reading for Game of Thrones aficionados, with the popular HBO series in second place with a 15 per cent share of recorded incidents and a mean “cost of damage” per case coming in at £252 for those overly caught up in the world of Westeros. Burning food in the oven again proved to be the most common pitfall, accounting for 43 per cent of calamities, ahead of flooded bathrooms (21 per cent) and smoke fires in the kitchen (11 per cent).

Viewers of The X Factor meanwhile would appear to be taking more interest in the judges’ houses than their own, as the talent show finished third in the rankings, accounting for 14 per cent of recorded cases, at an average cost of £581 per incident for unlucky fans of the series.

So try and make sure you’ve finished cooking before tuning into the Queen’s Speech...