Bricks, mortar and 'that was the year that was' 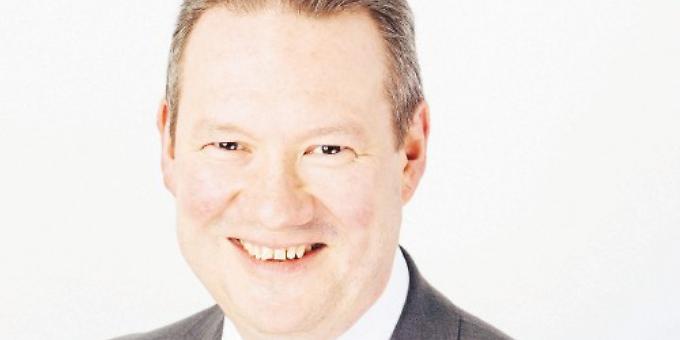 HAVING entered 2016 with optimism and all signs pointing at a buoyant market — the outlook was good! Little did the nation know what 2016 actually had in store for them.

From Brexit to tax relief for landlords, we’ll run you through what happened and the effect we’ve seen so far on the local property market.

Originally designed to deter investors, if this measure worked it would help stabilise or potentially reduce the costs on smaller properties across the country and in doing so, help to encourage more first-time buyers back into the market as there would be less competition from investors.

In the run-up to the surcharge being introduced in April, Romans understandably saw a sharp increase in the number of investors registering with us and then purchasing smaller properties across our local area.

As a consequence, there were more properties available to let in that early part of the year than normal which flooded the market — this has now evened out.

Antony says: “We have seen the proportion of first time buyers increasing and the NAEA (National Association of Estate Agents) reported that in October a third of all house sales were to first-time buyers.

“I don’t think this is solely down to the surcharge, though, as there have been other incentives put in place by the government like Help to Buy and New Buy which are making it easier.”

Michael adds: “In the first quarter of the year our number of sales to investors spiked at close to 30 per cent and dropped considerably in quarter two as expected. Encouragingly, we saw this recover again in the third quarter, up to 16 per cent, which was far closer to the 2015 average of 21 per cent.

“I believe this renewed interest is down to a lack of alternative investment avenues, coupled with strong medium- to long-term forecasts on capital and rental growth, so more people are now considering buy-to-let as a viable option.”

One of the bigger surprises of the year, Brexit seemed to come as more of a shock to our local area than other parts of the country.

Locally, Romans saw buyer activity slow down as people nervously waited to see if there would be an immediate effect on house prices, but as there was not the number of people looking to move again has been rising steadily since August.

Antony says: “Interestingly, although the number of buyers dipped through the summer, we didn’t see an increase in the number of people who pulled out of their sale or purchase. In fact there was a 10 per cent decrease — reassuringly demonstrating that the buyers we had found for our clients’ properties were not only serious buyers, but also that both buyers and sellers remained unfazed by the result of the referendum.”

Furthermore, since the referendum we have seen the level of properties new to the market increase by six per cent versus the same period last year, which shows there is still plenty of confidence and appetite from homeowners to move.

This was linked to immigration and meant that all new tenants had to prove they had the right to live in the country. This made it more important than ever that landlords did everything by the book, adding yet another legislative rule to the forever growing list of compliance matters that must be adhered to. But more importantly, the implications of not abiding by this one were a potential custodial sentence!

Michael says: “We saw a number of landlords moving away from our let-only service, where they were responsible for the majority of the legislation applied to the buy-to-let market.

Property professionals across the country were sat with their fingers crossed, hoping for a change to the stamp duty, so the least expected property announcement to come from the statement was actually the ban on tenant fees.

Michael says: “This is now going to committee, so we’re not sure on what the exact outcome will be, but I’d expect this to impact rental values. However, it’s widely anticipated that any changes to the legislation will take 12 to 18 months to come into effect.”

It was announced that a staged transition from 2017 to 2021 would move landlords to only receiving a basic rate reduction from their income tax liability, meaning they would no longer be able to deduct finance costs from property income.

l Next time: Antony and Michael offer their predictions for the year ahead.