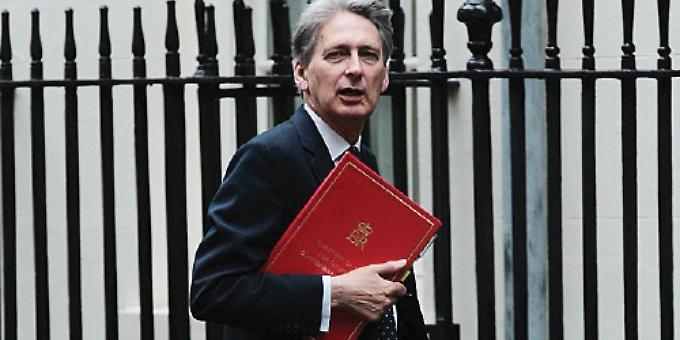 AS we enter 2017, the Christmas turkey has been safely digested — but Henley’s estate and letting agents are still chewing over the implications of the Chancellor’s Autumn Statement, as LUCY BOON discovered

IT was the Chancellor’s first chance to update the country on the impact of the EU referendum on the economy. However, the Autumn Statement, which took place on November 23, seemed to be mainly occupied with the news that rental letting fees — paid to agencies for inventory checks, paperwork and management — are to be abolished.

Philip Hammond, the Chancellor of the Exchequer, cracked down on letting fees as well as announcing a £1.4billion investment in affordable housing in bid to help “just about managing” families — the JAMs.

This last, in addition to a fund that is already worth £4.7billion, is expected to help build 40,000 new homes and would allow providers more flexibility to offer people lower rents.

But it’s the eye-watering ban on letting fees, which would come into place after a consultation, that Henley’s local letting agencies are occupied with.

So what does it mean for landlords, and what will it mean for renters? (Will they now be asked to pay more as landlords pass on the cost to tenants via rent?)

Some parties have said that Mr Hammond “lacks an understanding of how the whole sector works”. However, the charity Shelter insisted that the evidence from Scotland, where a ban is already in place, is that rents did not rise. Shelter welcomed the move but said the “devil will be in the detail”.

Buy-to-let monthly rents rose to an average of £846 in July 2016, amid strong demand for rental accommodation. In Henley, the average rent for a three-bedroom house is around £1,500.

Meanwhile, following Donald Trump’s victory in the US presidential election, property experts are wondering how his leadership could affect the UK property market — if at all. Will foreign buyers, particularly from the Middle East, now view London more favourably than New York in light of Mr Trump’s policies?

At one of Henley’s oldest property firms, Simmons & Sons in Bell Street, Trevor Michel said: “We have had calls to the office here from a couple of Americans seeking refuge. And the logical development of more investment in London, particularly with the pound at a 31-year low against the dollar before the election, are that we will see more activity in the area as Londoners take their equity out into the countryside. Here in Henley we have a rich history of London buyers investing in the area, seeing the schooling system as a distinct plus alongside the charm of the town and the draw of the river. This extra boost to demand locally could prove welcome for house prices in the area.”

Does this mean rental property prices will increase as a result?

The situation seems to be the same — if you have property in Henley, you’re laughing. If you do not, you may need to, once again, tighten your belt an extra notch.

But what do the local agents have to say?

First off, some agencies were dismayed by no announcement of a change to the current rates of stamp duty, which they had been expecting.

Richard Beville of Sonning Common-based family agency Beville said: “I am disappointed that the Chancellor has made no move towards a fundamental reform of SDLT [Stamp Duty Land Tax].

“Lowering all rates of this tax would provide a much-needed boost to the housing market, encouraging more people to move and therefore leading to increased levels of houses for sale.

“A greater supply of houses on the market would restrain price increases and lead to more general activity in the economy. When someone moves house they invariably spend on white goods, furniture, alterations, etc.”

Stephen Christie-Miller, who heads up the Henley branch of Savills, concurred with this analysis.

“According to the Office for Budget Responsibility, there is likely to be an approximate £10billion reduction in the amount of projected stamp duty received by the Treasury over the next five years.

“It is therefore both surprising and disappointing that the Autumn Statement made no reference to adjusting the percentage of stamp duty in order to help stimulate movement in the property market.

“This is especially relevant for property priced at £1.5million and above, where sales have proved to be more challenging since the introduction of higher stamp duty levies in December 2014.”

Nick Leeming, chairman at Jackson-Stops & Staff, was similarly disappointed that there was no reform to stamp duty.

He said: “A cut in current prohibitive stamp duty levels would get the market moving at all levels and give welcome relief to first-time buyers, who are having to grapple with a multitude of costs including saving for a deposit.

“This reform would have resulted in a chain reaction up the housing ladder, spurring current home owners to take their next step and freeing up housing suitable for first-time buyers and second-steppers.”

A spokesperson for Knight Frank said: “This lack of action leaves unaddressed the drag on market liquidity caused by high stamp duty following reforms in December 2014 and, more recently, April 2016.

“The Office for Budget Responsibility’s own data confirms they are expecting further falls in transaction volumes. Its new forecast suggests transactions over the next five years will be 230,000 lower than they expected as recently as March this year. Falling market activity is set to become a larger issue and will need addressing.”

However, the agency argues that perhaps, after several years of seemingly endless property tax reforms, the absence of new announcements on property taxation suggests that the new Chancellor wants to let existing reforms bed in before opening them up for review.

Part of Countrywide, Hamptons International’s stance was also supportive, choosing to ignore the lack of change to stamp duty and only focus on the change in lettings.

“As the largest property services group in the UK, we look forward to working with the government through the letting agents’ fees consultation,” said a spokesman.

At Savills, head of research Lucian Cook had warnings of unintended consequences, caused by the change in lettings practices.

He said: “We expect [the changes] to result in higher costs for landlords, in a sector already facing increased taxation and greater mortgage regulation. That is likely to curb private investor appetite for residential investment and limit the amount of new rental stock at a time of growing demand for rented homes. This supply-demand imbalance is expected to mean less choice for tenants and upward pressure on rents that plays out over a longer period.”

“While the announcement of the abolishment of lettings fees appears to be good news for renters, experience shows that any savings to the tenant will likely be passed on to the landlord who in turn could then pass them back on to the tenant through increased rent as they seek to cover their costs.

“This legislation is short-sighted and is yet a further challenge to landlords who have faced a barrage of increased costs over recent months, including the additional three per cent SDLT levied when they purchase a rental property and also the abolishment of mortgage interest rate relief which is set to commence in April next year.”

Mr Leeming believes a better solution would have been to create a more competitive fee environment and ensuring that landlords are not further discouraged from the market.

“The private rented sector forms an important part of the UK housing market and the engagement from the Chancellor in the Autumn Statement is a welcome sign that it is recognised as such. Letting residential property is a highly regulated activity and as with any reform a review of the detail will be important.

“We have long supported the regulation of letting agents which will entrench best practice across the sector, and we believe that measures to improve the position of tenants should be introduced in a way that supports the growing professionalism of the sector. With a rise in the number of regulations and legislation governing the sector it is important that the role of qualified, well-trained and regulated lettings agents is recognised and the need for fees to cover their work to protect both tenants and landlords is understood.”

At this stage, it’s all too soon to call how things will play out — the ban on lettings fees still requires a government consultation before it is implemented. But whatever happens, we can all look forward to seeing further measures announced in the Housing White Paper due this month.