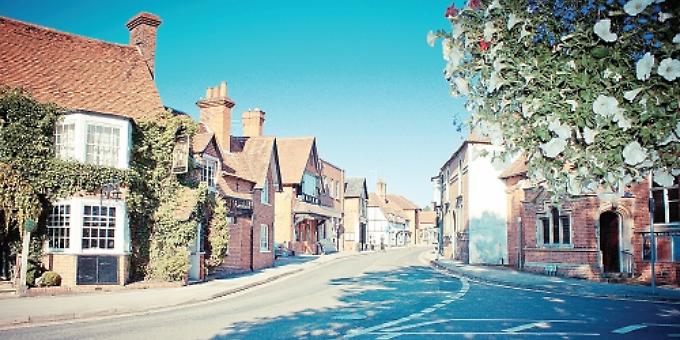 “WE always knew we were the best agency in the area but now we’ve got the figures to show it’s true,” said Warmingham director Paul O’Loughlin to Standard Property the other week.

The Goring high street family-owned estate agency have been doing things their way for the past 32 years, and yet, said Paul, “We outperform 133/112 other agencies in sales and lets respectively.”

With marketing headed up by Paul, he’s decided it’s time to put Warmingham on the map by publishing Rightmove data that proves his point.

The images on the right show the results of “sold” house sales from January 1, 2016, to December 12, 2016 (top), plus the results of “let” rental properties over the same period (middle), and the area covered by Warmingham (below).

Looking at the data, Standard Property has to concede it’s an impressive performance from what up until now has been a very unassuming local firm. Obviously they’re doing something very right — so why so coy?

“That’s not really our way — we don’t like to toot our own horns,” said Paul. “And I’m in charge of marketing, too, so I should know!”

Every agency runs itself differently, but Paul learned the “Warmingham way”. He has been working at the agency since he was 16.

“We don’t charge commission when recommending surveyors or solicitors, unlike some agencies. Others focus on marketing, with lots of advertising.” But Warmingham thinks it has plenty of visibility through its “For sale/let” boards.

“Backed up by the fact that we are open the longest of all agencies — Monday to Saturday from 8.30am to 6.30pm, and Sundays from 10am to 4pm — and this makes all the difference,” adds Paul, who tops up the weekend team by working every other Saturday himself.

He cites the fact that even if a buyer doesn’t like the house they’re viewing, the agent showing it will be able to tell them all about the other properties that Warmingham is representing.

The other thing Paul finds is that it’s imperative that a seller doesn’t host viewings themselves.

“Buyers are always uncomfortable asking questions and don’t want to ask the awkward questions such as the condition of the roof or heating,” said Paul.

“It’s another reason you need excellent agents who can show property at the weekend — when most buyers want to view them.”