When our windmills meant power, status and marked town territory 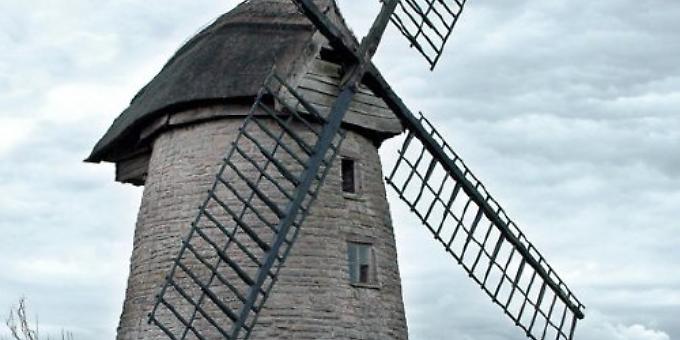 AT one time, if you owned a decent sized hill, you tended to take advantage of the wind and stick a mill there.

So you may not be surprised to hear that at one time Parkside (south of the Friar Park estate) was once known as Mill Hill or Mill Piece, on which was built the structure named after it.

Financed by a local lord, farmers would have to pay if they wanted to use it to make their work easier.

Indeed, windmills were a valuable source of power to local inhabitants, used to mill grain, pump water, or both.

Henley’s town boundary once ended at Upper Market Place (although nobody quite knows where this was, but certainly somewhere near the top of Gravel Hill). So at the time a windmill existed at this spot, it was outside the town and probably part of Anglo Saxon manorial estate Badgemore (first called Baecga’s Ridge).

The earliest type of European windmill was the post mill, so named because of the large upright post on which the mill’s main structure is balanced. By mounting the body this way, the mill is able to rotate to face the wind direction; an essential requirement for windmills to operate economically in our unpredictable climes.

The first post mills were of the sunken type, where the post was buried in an earth mound to support it.

Later, a wooden support was developed called the trestle. This was often covered over or surrounded by a roundhouse to protect the trestle from the weather and to provide storage space.

This type of windmill was the most common in Europe until the 19th century, however, it was from the end of the 13th century that the masonry tower mill was introduced to England. The earliest record of its existence is dated 1295.

When only the cap needs turning, the main structure can be made much taller, allowing the sails to be made longer — which in turn enabled them to provide useful work, even in low winds.

A tower mill was more powerful than a water mill (like the one at Sonning, now a dinner theatre), able to generate roughly 20 to 30 horsepower.

Both types of mill were built on ‘Mill Hill’; first a post mill (relics found suggest this to be mediaeval), later replaced by a small stone tower type.

The remains of both lie to the south east of what is now known as Windmill House.