Ministers aim to 'white paper' over the cracks 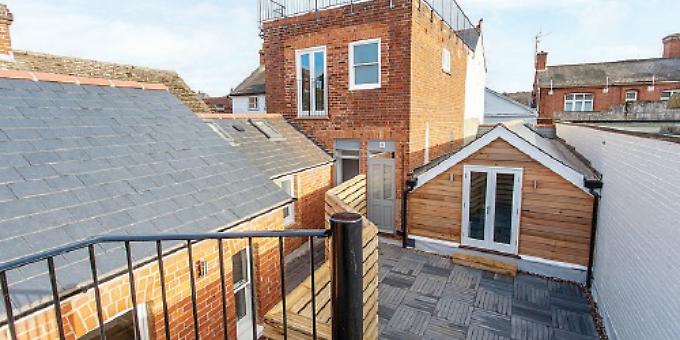 In the latest housing white paper published last month, government minister Sajid Javid called property ownership a ‘distant dream’ for young families but pledged that the government has big plans to encourage housebuilding and help renters. With next week’s Budget on the horizon, LUCY BOON asked local estate agents for their thoughts

THE recent (February 7) white paper to Parliament was in effect a presentation on how Prime Minister Theresa May intends to fix what has been called the UK’s “broken” housing market.

The statement, made by the communities and local government minister Mr Javid, was heralded by some as a bold change of direction for the government, with the number one priority being the building of more homes.

Mr Javid told the House of Commons that average house prices had jumped to 7.5 times average incomes and rents in many places swallowed more than half of take-home pay — and placed the blame almost entirely on low rates of house-building.

He told MPs that the number of home completions in England has been lower than anywhere else in Europe, relative to the level of population, for the past three decades.

But Mr Javid assured his listeners that not a single restriction on green belt building would be lifted, saying: “This [paper] will not entail recklessly ripping up our countryside.” Good.

Instead, urban areas in England will become more densely populated than before, with cities expected to build upwards rather than outwards, and for homes to get smaller. More urban infill and brownfield has also been targeted.

The white paper has met with a mixed response from local estate agents.

Jackson-Stops & Staff chairman Nick Leeming called it a “death knell for the flexible ownership model that benefited the baby boomers and Generation X,” and was disappointed the issue of stamp duty was not yet addressed — an issue that has been concerning almost every estate agency in the area.

Phil Brown, Savills’ head of planning in Reading, said: “The white paper recognises that the ‘broken housing market’ is one of the greatest barriers to progress faced by the country and rightly identifies that the planning system has a significant role to play in ensuring the delivery of homes to support sustainable growth.”

At Penny & Sinclair, branch director James Donigan called the white paper “a step in the right direction”. However, he said it did not follow through on the previously mooted Starter Homes Policy, noting that the government had previously suggested that 20 per cent of new homes should be built on this model, but in this white paper that requirement has dropped to 10 per cent.

“Property professionals have been keenly watching for changes to stamp duty, though none were suggested in the white paper,” added Mr Donigan.

“The surcharge for second homes and changes to mortgage tax relief have made the buy-to-let investment market increasingly unattractive. In theory this should mean first time buyers are better placed to secure entry-level property.

“However, in a high-value area like Henley, high rents and deposit requirements for mortgages put a first step on to the ladder beyond the reach of most.”

The government says it will cut the “red tape” around the planning process and cut the number of years a builder can sit on land before they build on it from three to two years.

These types of house-builders have fallen by the wayside in recent years, so the government is going to support their growth and enable them to build once more.

Sajid Javid said he wants to cut the amount of time it takes for planning permission to be granted and for local authorities to have more power to take control of a site when work has stalled.

4. Build homes where they are needed

Local authorities must plan more carefully about where homes can be built and that new homes should be where people want to live, which often means near to where they work.

5. Help more people on to the property ladder

The government is to continue with its various first-time buyer schemes that help young people save up for — or afford — their first home.

The government is to crack down on rogue landlords, increase the safety and quality of existing buy-to-let properties and enable families to sign up for longer tenancies of up to three years.

Reform will make leasehold conditions and clauses more transparent in order to prevent freeholds being sold on or traded and leaseholders from being treated unfairly.