Market is 'accustomed to' political uncertainty 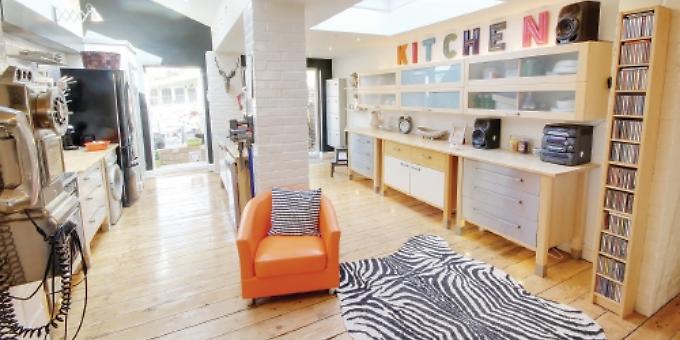 With Theresa May’s snap election now just less than a month away, Homes Weekly property writer LUCY BOON wonders what impact it might have on the market

NOW that a general election is scheduled for June 8, homeowners, landlords and tenants will be wondering how this could affect a property sale/purchase, property value or even their living situation.

Commenting on the snap election announcement, Mark Hayward and David Cox, the respective heads of the National Association of Estate Agents and the Association of Residential Letting Agents, said: “Rather than trying to look at individual issues, it’s time to take a holistic view of housing policy.”

Lewis Johnston, parliamentary affairs manager for the Royal Institution of Chartered Surveyors, said: “The motivation for calling an election is clear — the prime minister wants a stronger mandate as she embarks on the EU exit negotiations. But in the immediate term the move inevitably puts a question mark over policy and creates further uncertainty.

“It is now the responsibility of all parties to set out clear policy proposals across land, property, construction and infrastructure to ensure the UK can deliver the homes, infrastructure, factories, offices and major building projects it needs to thrive.”

Low levels of property coming up for sale, and the high cost of stamp duty for purchasers — especially landlords — has put a bit of a brake on the market already. If you add a general election to the mix, it’s even more likely we will see potential vendors and purchasers employing a “wait and see” attitude over the next few weeks.

But what do Henley’s property professionals think? Lucy Boon spoke to some of our local agents to see their predictions, as Britain prepares for a third year of going to the polls following last year’s EU referendum and the 2015 general election.

Nick Warner, a director at Savills, Henley, said: “The Savills house view is that, assuming the polls remain heavily weighted towards a Conservative party win, suggesting no change of government, the election is not expected to have significant impact on the housing market because it has become accustomed to a backdrop of political and economic uncertainty.

“Our forecasts already assume two years of lacklustre price growth during the Brexit negotiations, particularly in the prime markets of London, which are most price-sensitive.

“Our researchers therefore believe that news of an election is unlikely to shift that picture dramatically, unless it brings a change of government.

“Post-election, consistency of government throughout the Brexit process could well be a steadying influence on the market, they say.

“From the point of view of housing more broadly, what the industry needs is consistency of policy, whichever party is in government.

“Our advice for the short- and mid-term remains that realistic pricing will be key to aligning buyer and seller expectations.

“Our researchers believe that over time greater political and economic stability will boost sentiment and we expect this to provide the trigger for a recovery in prices.”

Trevor Michel, the branch residential sales manager at Simmons & Sons in Henley, said: “As I see it, the general election will no doubt continue to deter some people from making a buying or selling decision in the short term, which is not good for the market as a whole — elections are always a reason to wait.

“However, in the longer term it may well provide clarity for many and pave the way for more certain activity in the future.

“Certain parts of the market are constrained by recent legislation — the higher stamp duty on the most expensive homes and second or investment homes — but the majority of people will hopefully be able to see what lies ahead and act accordingly. I am hopeful for the post-election market.”

So the next five weeks will be very interesting — not only if you’re a fan of political battles, but also from a housing market point of view.

But the short-term brake on things that a general election tends to bring with it may leave many of us this summer wishing our PM had waited just a few more years to call a vote.

Standard Property found this visually stunning property at number 2 Niagara Road, Henley, and thinks it’s a good choice no matter what happens politically over the next few weeks.

Whether you’re a young couple, downsizers or a family who many never want to/be able to move again, this should stand the test of time.

It’s also close to schools and amenities, being a flat walk to the town centre and train station. The house is home to Harry and Nikki Arlett and their two grown-up children, Charlie and Sonny, aged 21 and 19 respectively.

Harry says: “We bought the house in June 1988. It was very basic, with the bathroom at the back of the kitchen, and still had a larder. The loft windows were leaking and there were open stairs to the loft. We finished the house around 1990 — but just for two people. When the children were born we then needed more room.

“Nikki planned the new layout and we had a fantastic local builder, Ron Douglas, who came and carried out all the construction work. All of the design was carried out by Nikki.

“We have an extended family locally and so the open-plan downstairs is perfect for entertaining family and friends, and with the concertina it has a snug feel the rest of the time.

“Although the garden is small, when the weather is good it becomes part of the house. The summerhouse has been used as an office, storage space and a DJ booth over the years!”

Trevor Michel, branch residential sales manager at Simmons & Sons, which is marketing the property, says: “This house is most strikingly presented, with three double bedrooms and a pleasant garden area too, and so will always remain an attractive proposition for buyers at this level.

“It needs no work doing and is within easy reach of the town centre and station, benefiting from the great facilities that Henley has to offer.”