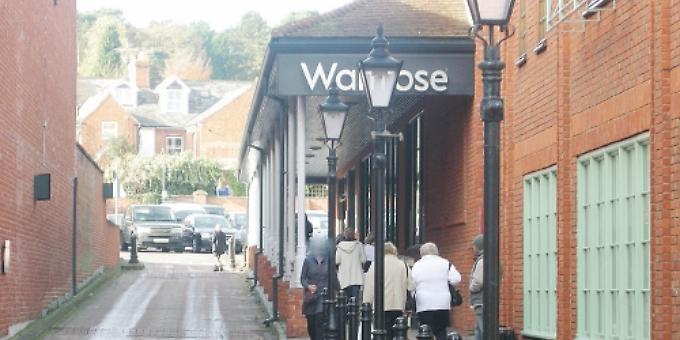 It’s not new news to hear that homes within easy reach of a local supermarket cost more than in nearby areas.

In fact, Lloyds says the price tag is now, on average, £21,512 higher for homes close to one — with the average price for properties within easy reach of a Waitrose, typically £36,480 higher than the wider town average.

What is more surprising to learn is that in the past three years, areas close to budget supermarkets have seen the biggest house price rises.

House prices close to an Aldi, Lidl, Morrisons or Asda have grown by an average of 11 per cent — or £21,400 — since 2014. This is a faster increase than for all supermarkets (nine per cent) and marginally higher than for all areas in England and Wales (10 per cent).

The average house price in an area with a Waitrose store is £429,118 — the most expensive of all the chains — and more than double compared to areas with an Aldi store (£198,810), which is the least expensive.

Andy Mason, Lloyds Bank mortgages director, said: “Having a premium brand on your doorstep means buyers typically need to pay top prices. But the research also shows that areas with ‘budget’ stores have on average seen the most rapid house price growth in recent years.”

He added: “There has been some suggestion that the likes of Lidl and Aldi are increasingly locating in more affluent areas where prices are already relatively high.

A HOUSE that was for many years home to one of Henley’s best-known pub landlords is on the market ... [more]

A PIONEERING modernist house that won a design award after being restored by its present owners is ... [more]

HR Manager Shiplake College is looking to recruit a proactive, friendly and efficient professional to deliver a high ...