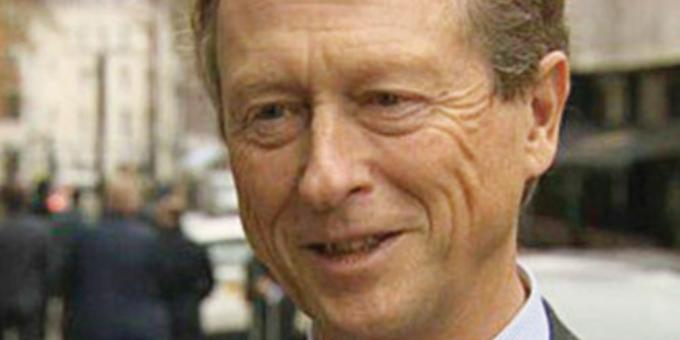 WHILE house prices have dropped for the third consecutive month for the first time since 2009 — and now average £207,699 across the UK, according to Nationwide — this is most likely to be due to broader economic effects, says the building society’s chief economist, Robert Gardner, who compiled the research.

Following years of double-digit house price rises, slowing house price growth is to be expected, with property experts reporting that buyers cannot be stretched much further.

“If history is any guide, the slowdown is unlikely to be linked to election-related uncertainty. Housing market trends have not traditionally been impacted around the time of general elections,” says Gardner.

“Rightly or wrongly, for most home buyers elections are not foremost in their minds while buying or selling their home.”

Not so, says yours truly. In the wake of this month’s post-general election chaos, Standard Property has seen house prices falling daily. Then again, perhaps that is coincidence. So what do our local estate agents make of it all?

Most seem to be saying that although the UK’s snap general election may have resulted in the confusion of a hung parliament, it’s still “business as usual” for the housing market.

In the immediate aftermath of the hung parliament, Tim Sherston of Jackson-Stops & Staff in Goring (right) sought to offer reassurance.

“Apart from a buyer delaying his exchange until Monday, we have not seen any signs of increased caution as we expected. There continues to be good activity throughout the market — particularly in the £1million-plus range which was so difficult last year,” he said.

Speaking before the June 8 poll, Jackson-Stops chairman Nick Leeming (right) had said: “Six weeks is a blink of an eye in property market terms, so for the vast majority of buyers and sellers it’s business as usual and the personal drivers that are causing them to enter the market remain the overriding consideration.

“We expect to see restraint perhaps in the week of the election as buyers and sellers await the outcome. However, 84 per cent of branches agree that a clear majority for Theresa May will actively benefit their local housing market thereafter, so we look forward to moving past this temporary distraction.”

Over at Savills, which has a branch in Bell Street, Henley, the firm’s head of residential research, Lucian Cook (right) notes that the UK housing market has been shaped by political and economic uncertainty for some time.

He said: “Our forecasts have already taken account of prevailing political and economic uncertainty and assume two years of extremely low house price growth during Brexit negotiations. We see no reason for them to be changed at present.”

At Romans, which has a branch in Hart Street, Henley, chief executive officer Adrian Gill (right) said: “While the process of working out exactly how the next government will be formed gets under way, people will naturally still want and need to press on with their property transactions — whether they are buying, selling, renting or letting.

“The fact is, the fundamentals of the property market are the same as they have been for the last decade — despite the uncertainties we have faced through three general elections and an EU referendum — and they all combine to create a positive and stable picture.

“Interest rates are still extremely low and demand for property to both buy and rent drastically outweighs supply. This will continue to keep house prices and rents stable and engender the confidence the market needs to stay robust through turbulent times.

“In times of uncertainty the lettings market always thrives and we expect the buy-to-let market to continue to attract investors looking for good returns and a safe place to put their cash long-term.

“For any investor, whether they hold their assets in equities, government bonds or bricks and mortar, there will be short-term uncertainty. However, of all of these, bricks and mortar is likely to be the least volatile and best long-term investment.

“With up to a quarter of all households expected to rent privately by 2025, existing landlords and new investors can continue to invest with confidence in an asset that has delivered better and more reliable returns than any other type of investment over the last two decades.

“Any short-term fluctuations in the property market stand to benefit canny investor landlords who are likely to find opportunities to negotiate smart purchases in order to expand their portfolios.

“The fact remains that, whatever may happen politically — and we’ve certainly seen a number of significant changes to the political landscape over the last few years — the property market is more resilient than most. House prices have always been cyclical but have risen over the long-term and this will not change.”

Over at Knight Frank, which has its Henley branch on Thames Side, in view of the regatta finish line, global head of research Liam Bailey (right) said that the UK’s Brexit negotiations would have an impact on the housing market, as would the wider economic outlook.

Despite this, he said: “Our central view is that despite renewed political uncertainty in the UK recent trends will largely continue, at least for the remainder of this year.

“Prime markets, especially in London, have been experiencing a tentative improvement in sales activity from the very low levels hit in mid-2016, while price growth remains subdued.

“Both trends seem likely to remain in place. Mainstream sales markets will continue to see price growth squeezed by affordability limits and funding restrictions — although government support should help new-build sales volumes. Amid the ongoing undersupply of homes in London, the slowdown in new-build starts over the last 12 months suggests that completions may start to dip in two years’ time.

“In contrast, across the UK, new-build volumes will be likely to remain at current levels — due in part to the Help to Buy scheme run by the government. The outcome of the housing white paper, which was planned for release in the autumn budget, will potentially be delayed.

“The general pro-development policy bias is, however, likely to remain in place and the housing market as a whole will be likely to continue to be supported by ultra-low interest rates, despite the risk of higher inflation due to the weak pound, which should remain a fixture through 2017. The weak pound itself should provide some stimulus for the London market in the form of overseas inward investment.

“A review of housing market data since early April, covering the period of the election campaign, confirms a continuation of the slow but steady recovery in prime market activity, with more mixed signals from the mainstream national market.

“Prime London sales volumes rose by 20 per cent in April and May compared to the same period last year. The comparison flatters this year’s performance, as the 2016 data was adversely affected by the introduction of the additional rate of stamp duty, but this year’s sales volumes were at least equal to the levels we saw in the same
pre-election period in 2015.”

Encouraging — but still worth watching this space.