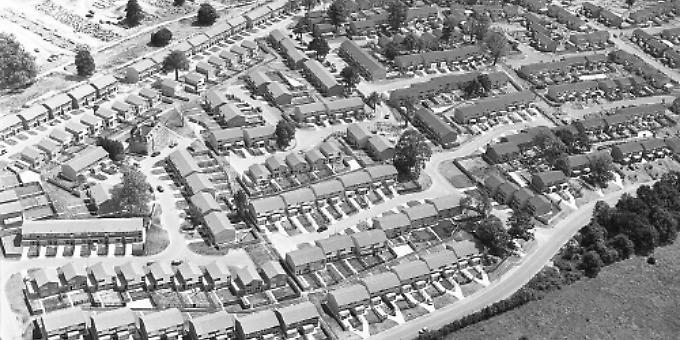 INTEREST in the upcoming sale of the huge Grade II-listed Caversham Park estae is heating up, writes Lucy Boon.

As locals we can’t help wondering what will happen to the former BBC Monitoring headquarters, bordered by Caversham to the east and west and Emmer Green to the north, which is being marketed for commercial or residential use.

BBC Monitoring, including BBC Berkshire, has been based at Caversham Park since 1943, but will now relocate to offices in London due to cost-cutting. BBC Radio Berkshire will find new premises locally.

BBC Monitoring says it summarises news from 150 countries in 100 different languages for the BBC, and even played an important role analysing Nazi communications during the Second World War, as well as helping to defuse the 1962 Cuban Missile Crisis.

A BBC spokesman said: “Cutting property costs is a key part of our strategy to provide maximum value for the licence fee.”

And so it’s the end of another era for the property, which has been around in various guises since Domesday times. The ancient deer park takes up the majority of the estate, crowned by a manor house that has been rebuilt several times, and entertained many a Royal, including Elizabeth I in 1601.

When the house burned down in the 1800s it was replaced by the classical version we see today (plus a few more additions here and there). But what will happen now? Flats? More houses like we saw in the Sixties and Seventies? Or perhaps the site will be rescued, Friar Park-style, by a modern-day George Harrison?

First to find out will no doubt be commercial property consultants Lambeth Smith Hampton, which is handling the sale of the property, which is listed as measuring 114,996 sq ft (10,684 sq m).

Lambeth Smith Hampton director Philip Hunter said: “The property consists of a Grade II-listed manor house that is set within 93 acres of grounds. This is an incredibly unique opportunity to purchase a prime site of such scale and location, in the most affluent part of Reading, just two miles from the train station, with train and Crossrail links to London.

“It is suitable for a wide variety of uses (subject to planning consent) such as residential, retirement, assisted-care, hotel, leisure, education or healthcare.”

No price has been quoted for the property, but there are rumours that bids will come in at around the £25million mark.

Philip Hunter chuckled at this, saying: “People are guessing! What LSH has decided to do is to invite bids towards the end of August, but we haven’t fixed a date yet.”

So far, LSH has seen interest from parties including those in education, retirement living, residential development, and hotel/wedding venue operators — but hasn’t ruled out a combination of these.

“But the historical importance and Grade II listing of the property make this a very interesting sale.