Want to live near a top school? You can 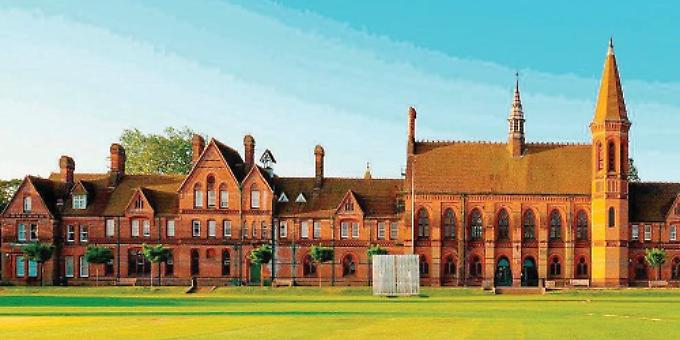 PARENTS don’t always have to pay a premium to live near a top school according to Lloyds Bank, writes Lucy Boon.

The bank found that almost half of England’s top 30 state schools — 14 in total — are in locations where the average property price is below the average for the area.

With an average price of £288,430, properties close to the Reading School and Kendrick School, both in Reading, are £132,718 (minus 32 per cent) below the county average, which is the biggest discount for a house near a top-performing state school within the Lloyds survey.

These are followed by Aylesbury High School in Buckinghamshire with a discount of £112,674 and King Edward VI Handsworth School in Birmingham (minus £82,640).

That said, the data showed that homes near England’s top state schools have an average house price of £415,844 — some 45 per cent higher than the English average.

Homes near Beaconsfield High School in Buckinghamshire pay the biggest premium of £643,181 (158 per cent) compared to the average house price in neighbouring areas.

Homes close to the Henrietta Barnett School in Barnet command the second highest premium of £367,632 (59 per cent).

These schools are followed by Dr Challoner’s Grammar School in Buckinghamshire with a premium of £246,598 and the Tiffin Girls’ School and Tiffin School in Kingston upon Thames (both £167,628).

Andrew Mason, Lloyds Bank mortgage products director, said: “All parents want to ensure their children get a good education, so it’s not surprising that homes in areas close to the top-performing schools typically command a significant premium over the surrounding area and high demand has led to prices being out of reach for many buyers.

“If being near a top-performing school is a priority, however, you don’t necessarily need to pay extra to do so, with almost half of the top 30 schools being in locations that cost less than the average of that area.”