Interest rate rise is a talking point for agents 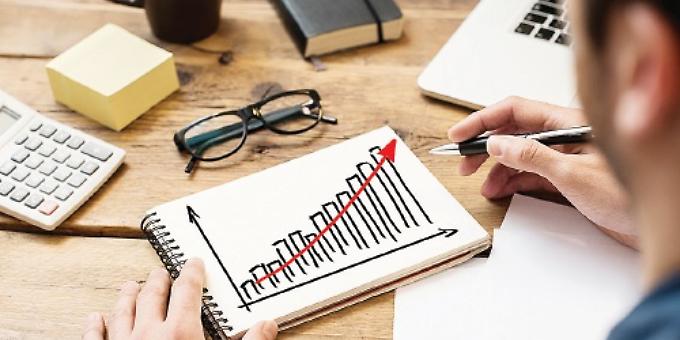 THE recent decision by the Bank of England’s Monetary Policy Committee (MPC) to introduce an interest rate rise of 0.25% a per cent to 0.5% was a bit of a shock to some, writes Lucy Boon.

Within minutes of the announcement, many high street lenders had increased their rates on both savings and mortgages.

Applauded in business circles as prudent or sensible after nearly eight years of rock-bottom rates, experts now say the interest rate rise to 5 per cent is the beginning of regular rate rises.

Back in Homes Weekly dated 9 October, Standard Property predicted: “a gentle, long-term deflation in house prices, maybe running 1% to 2% a year below wage increases, helped by small rises in interest rates.” And it seems others now agree.

Lucian Cook, the director of residential research at Savills, said: “Assuming the UK has left the EU by 2021, the base rate will rise in steady increments to 2.25 per cent by 2022.”

Interestingly, he also predicts that property prices will grow by 1 per cent in 2018, increasing to 5 per cent by 2020, then slowing in 2021 and 2022 to 2.5 per cent as mortgage affordability starts to be affected by higher interest rates.

In the meantime, millions of homeowners have tracker or standard variable rate (SVR) mortgages and will likely face higher monthly repayments as their mortgage keeps pace with the BoE base rate (although individual circumstances will depend, of course).

Those other mortgage holders on fixed-rate loans won’t see a change in their monthly mortgage payments at all (until the fixed time frame ends). And this is also lucky for the rest of us, as it will has a cushioning effect on the market. In fact, experts say it’s unlikely we’ll see a severe blow to the housing market in the short term, because of this cushion.

Instead, the predicted slow but steady rise, year by year, will have a more drawn-out effect. Hopefully this means none of the agonies of the late 1980s and early 1990s when prices fell in real terms for more than half a decade and record numbers of people lost their homes.

In 1991 mortgage repossessions hit a record of 75,000, after interest rates went from 7 per cent to 13 per cent in a year, making repayments near impossible to keep up with.

Now it’s 2017 and Equifax, the consumer credit information provider, found that people are still worried about a rate rise.

After a decade of low mortgage rates, 44% of residents in the Midlands were most concerned about the prospect of an increase, with 48% admitting to being worried about having to make higher mortgage repayments when their fixed rate ended. Residents in Scotland and the East of England appeared to be the least concerned, at 38%.

At the time the survey was conducted (16th-17th October) only 5% said they expected a rate rise to happen in the next month.

The Equifax/YouGov research showed more than one in 10 British adults with a variable rate or tracker mortgage (11%) said they couldn’t afford any increase on their most recent monthly repayment, with only 34% able to afford an increase of less than 5%.

Lisa Hardstaff, consumer credit information expert at Equifax, said: “This research suggests that the rate rise could be quite a shock for a number of homeowners. The long-standing low rate environment has meant that people haven’t necessarily thought about higher interest rates when planning their finances.

“But we could be entering a new era where low rates can’t be relied upon indefinitely. It’s essential, therefore, that consumers don’t borrow beyond their means and understand the financial risks on any loan they take on.”

We hear you, Lisa.

However, there are still some excellent mortgage deals out there. Many of Henley’s local estate agencies have dedicated mortgage advisers whose speciality is to pick the best deal to suit an individual. You’d be foolish not to ask — they know their stuff.

Simply hearing news of a rate increase will lead some people to reconsider their financial and property decisions. However, it’s Standard Property’s view that anyone tempted to postpone the decision to take out a mortgage, may look back at the moment when the base rate began to rise and regret not grabbing a good mortgage deal now, while they can. You’ve been warned, people!

Meanwhile, Standard Property asked some of Henley’s local experts for their thoughts on the subject:

Greg May, director of mortgage services at Romans, which has a branch in Hart Street, said: “Homeowners sitting on a SVR may be hit the hardest now the Bank of England rate has increased. Anyone who is on a variable rate should speak to a mortgage advisor to ensure they are on the right rate for their circumstances now the changes have come into play.

“Whilst many households may be at risk of paying off a higher rate of interest unnecessarily, it is unlikely this change will cause a financial crisis. In recent years, mortgage lenders have been required to stress test applicants and ensure that borrowers can afford to repay their mortgage if interest rates rise by around 5 – 7%.

“However, it’s not all bad news – whilst you may end up paying more on your mortgage, you are likely to see an increase in the interest made on your savings accounts. Whether or not this off-sets the rise in mortgage repayments will of course depend on your individual circumstances.”

James Donigan, director at Penny & Sinclair in Hart Street, said: “There has been an underlying resilience in house prices since the Brexit vote, although transaction levels have fallen. The interest rate rise does signal the direction of travel, though any further increases are likely to be very gradual, and at 0.5%, the base rate is a long way still from what could be considered the norm.

“In our view, the rate rise will increase the level of supply as those with larger mortgages are faced with increasing overheads and may therefore decide to down-trade or re-locate to reduce their borrowing - while rates are still relatively low.

“An increase in supply, coupled with static demand, would signal a softening of prices. Though it has to be said that affluent market towns, such as Henley, typically fare better than other areas across the country.

“If homeowners are concerned or wish to talk through the likely effect on the market locally, we are offering free market appraisals through November and December.”

Ben Appella, partner at Simmons & Sons in Bell Street, said: “It is very early to judge any impact that this may or may not have but at present it seems to be business as usual. The autumn market has proved to be busy thus far and I expect that local buyers and sellers will still have a desire to move despite the rate rise.

“There are still some very attractive fixed rates available in the money market and areas such as Henley and Marlow have proved to be highly resilient to market changes historically with properties remaining to be a sound investment. I believe we should all be positive about the property market locally.”

Stephen Christie-Miller, head of Savills’s Henley branch, said: “Our researchers expect that given the way lenders’ margins have fallen over the past couple of years, this rise will not in itself have a material impact on affordability in the housing market. However, it will bring home the fact that interest rates are set to rise over the course of the next five years.

“Those increases are likely to act as a drag on house price growth as buyers find it more difficult to meet the stress tests of mortgage lenders, but they are unlikely to create any significant financial stress for existing home owners. This is due to the extent and pace of expected increases, and the fact that mortgage regulation will have tested existing borrowers’ ability to withstand them.

“The effect is likely to be greatest in London where loan to income ratios are much higher than the rest of the country given 10 year growth.”

James Roberts, chief cconomist at Knight Frank, which has a branch in Thames Side, said: “An increase in the base rate is often viewed with trepidation by the property industry, but this long-expected move is unlikely to have a negative impact.

“I expect the Bank of England will follow the same strategy as the US Fed, and gently apply the brakes while giving lots of advance warning, in order to balance the competing pressures of normalising rates while not derailing growth.

“Consequently, I see a gradual rise ahead, partly to stockpile some future rate cuts should the MPC need to combat another downturn at a later date.

“Also, the Bank of England is showing some younger homeowners that rates do rise, given how long it has been since the country saw an increase – the last UK rate hike in 2007 came a few days after the first iPhones went on sale.”

Nick Leeming, chairman at Jackson-Stops, which has its nearest branch in Goring, said: “Today’s moderate interest rate rise is unlikely to disturb the housing market. Good things don’t usually last forever and the end of this golden period of great mortgage deals won’t be a surprise to the vast majority of prospective and current homeowners. The market remained fairly stable throughout the general election and the EU referendum, so it would be surprising to see activity levels or house prices fall as a result of such a modest change to interest rates.

“Traditionally, higher interest rates mean higher mortgage rates so we may see those already on the fence about moving house take a ‘remain and renovate’ approach instead. However, this hesitance will not be down to interest rates alone.

“Over the last year, punitive stamp duty levels have been a real drag on the property market and will continue to be unless Philip Hammond announces stamp duty reform across all transfer values in the upcoming Budget. The combination of stamp duty, high moving costs, economic uncertainty and potential further interest rates rises, will represent a major barrier to home ownership. If the rumoured first-time buyer stamp duty holiday does come into play it will be a significant boon for this demographic.”

PR Manager Aisling Gray, commented on behalf of Hamptons International, which has its Henley branch in Hart Street.

She said: “It was no surprise that the MPC raised rates – the first rise in over a decade. But a 0.25% hike still leaves rates historically low and will do little to affect the housing market. Employment is still strong; competition in the market will keeping new mortgage rates low and two thirds of existing mortgages are on a fixed rate and won’t be affected by the change.”

Talk to the experts

How much or how little the interest rate rise affects your household will vary depending on your individual circumstances, the terms of the mortgage, how long it has been taken out for and what type of mortgage it is.

If you are unsure about how the interest rate rise will affect you, get in touch with one of Henley’s local property experts. (Note that you may have to pay an early repayment charge to your existing lender if you re-mortgage). Here is a full list of our agencies

For a more detailed list of Henley’s agents, visit http://property.henleystandard.co.uk/find-agent