'I had that Daniel Craig in the back of my garden once...' 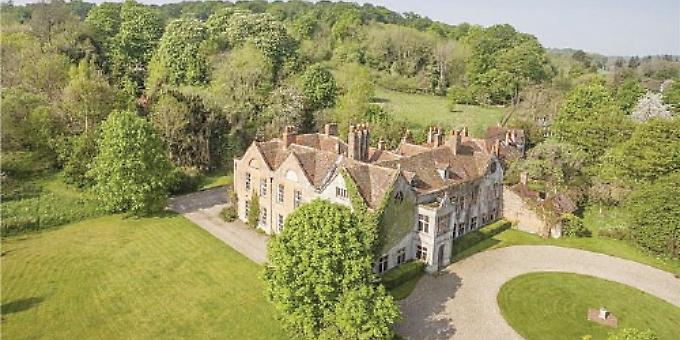 YOU sometimes hear it said that “everybody’s living in their own movie”.

But here in Henley there’s a better than average chance of knowing someone who lives in a house where an actual blockbuster has been made.

Looking back, 2008’s Quantum of Solace may not be the greatest 007 movie ever made, but any property deemed “Bond-worthy” by the film industry’s location scouts must have quite a lot going for it — even if the scenes that were filmed there didn’t make the final cut.

Set in a four-acre estate, parts of the house — which is being marketed by Savills — date back to 1204, but it is thought to have reached the height of its prosperity in the 16th century.

A map of the house drawn by John Blagrave in 1586 is today kept at the Bodleian Library in Oxford.

Internally, Savills describe it as being “particularly atmospheric, with a rich sequence of well preserved interiors representing the long history of the house, notable for the oak panelling and exquisite plasterwork”.

They add: “There is an overlay of Elizabethan and Medieval architecture with an eclectic collection of Regency, Strawberry Hill Gothic Revival, Venetian, Palladian and Tudor revival windows.

“The principal bedroom is also known as ‘Queen Mary’s Room’ as it is believed that Queen Mary I stayed at Harpsden Court. During the Great War, from 1914 to 1919, Harpsden Court was established and maintained as a hospital for British sick and wounded.

“With its wealth of background and historic architectural integrity, Harpsden Court provides a wonderful opportunity to modernise this landmark property with unique character.”