Agents predict a bright year ahead for buyers, landlords and tenants 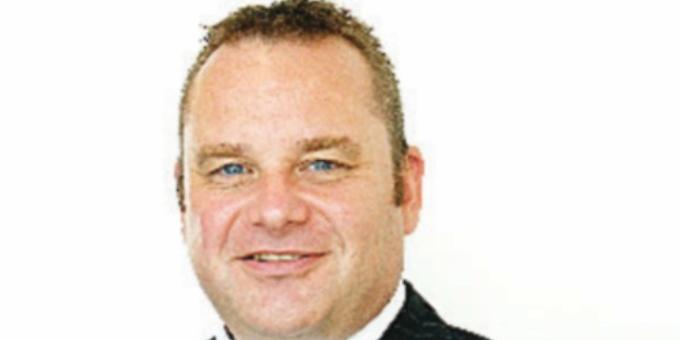 GOVERNMENT-led changes will reignite the Henley property market, putting buyers and tenants back in the driving seat in 2018.

That’s the view of the directors of the Hart Street branch of Romans estate agents, who have been reflecting on the big changes witnessed in 2017 — a year of surprises, political changes and conflicting headlines.

As 2018 gets under way, the Romans team have set out their predictions for what they think will have the biggest impact on the property market in the coming year.

Antony Gibson, managing director of sales, said: “Over the past two years, there is no denying that transaction levels and price growth have steadied as buyers and sellers took a wait-and-see approach following Brexit, the US election and the UK election.

“Buyers now have more information at their fingertips than ever before and affordability has been limited due to stricter mortgage lending criteria, the prospect of increasing interest rates and inflation growing faster than wages.

“Sellers, whilst able to set asking prices, will better recognise that buyers and their limited affordability will be a big factor in determining the final property sale price.

“However, the balance is that there remains to be a strong demand for property and supply fails to meet needs — so, when applying simple rules of economics, the lack of supply is likely to keep the market moving in a broadly upward direction.

“Those looking to take their second step up the property ladder will now benefit from more prospective buyers and new homes developments are also likely to see more interest.”

Romans sales manager Richard Wagstaff added: “Over the last two years, house prices in Henley have increased by six per cent — based on Land Registry data. Although a slower growth than in previous years, it is a growth nonetheless.

“Anyone thinking of moving should not be put off by the comments in the media.

“Demand for property in Henley remains consistent as it offers outstanding schools and an excellent quality of life, together with great access to London and Heathrow.

“Buyers understand value, and so homes which are priced competitively are more likely to sell quickly. High on the wish list for home hunters, whether buying or renting, are homes with off-road parking, large kitchens and family rooms, with many buyers paying a premium for a property with character.

“Our prediction for this year is that the market will remain steady, confidence in it will increase and many of those who had put moving on hold in 2017 will choose to move in 2018, recognising that putting their lives and moves on hold benefits no one.”

Michael Cook, managing director of lettings, said: “The rental market remained stable in 2017, there was a strong demand from tenants throughout the year, and in August we set a new record for the number of tenants moving in! Although in some marketplaces average rents remained flat, many of our locations demonstrated a growth of between one and two and a half per cent.

“With a healthy demand from tenants and slightly reduced capital values in some locations, it’s unsurprising that one in four of all new buyers who registered with Romans were looking to purchase a buy-to-let property. Despite the high number of registrations, only one in eight properties were sold to investors.

“This uncertainty is most likely a result of the changes made by the government to tax relief for landlords, as well as the increase in stamp duty and of course the impending Brexit deal. While the political landscape is unclear and will no doubt cause some investors to pause and think before committing to a purchase, we believe the rental market will provide consistent returns for landlords with no real signs of tenant demand abating. Although returns may not be as buoyant as previous years, we predict increased rents of around one to one and a half per cent.

“With rents slowly rising and the introduction of legislation to regulate the industry — something we’ve campaigned for as members of ARLA for some time — tenants will benefit from an improved financial position.

“Following in the government’s footsteps, we are looking closely at how we can positively impact the lettings market for landlords and tenants alike.”

Mortgage director Greg May says the Bank of England’s recent decision to raise interest rates has highlighted the importance of reviewing your mortgage annually.

“Financial experts predict that there will be another rate rise on the cards for 2018, which is great news for savers and those who are currently sitting on a fixed-rate mortgage,” he said.

“While future rate rises aren’t likely to cause a financial crisis, thanks to the stress-testing lenders have placed on applicants to ensure repayments remain manageable if rates rose by between five and seven per cent, those sitting on standard variable rate mortgages may find they are overpaying unnecessarily.

“I recommend reviewing your mortgage annually, just as you would your gas and electricity bills to ensure you are on the right product for your circumstances. With a future rate rise almost a certainty, this is now more important than ever.

“The rate of price increases has certainly slowed but by no means stalled. Slow, consistent growth is the sign of a healthy market and is not a reason to put moves on hold.

“The biggest challenges to the property market are government changes including the increase in interest rates and stamp duty, which limit buyer and tenant affordability.

“The slight fall of transaction levels in 2017, along with steadying prices does mean that accurate pricing and understanding of demand in the local market will be key success drivers for both sellers and landlords in 2018.”

For more information and advice on selling your home, call Romans for a free no-obligation valuation on 01344 985666 — or if you would like to rent out your property, call the firm’s property investment team on 01344 985 870.