Nosiest neighbours in the UK are in Reading 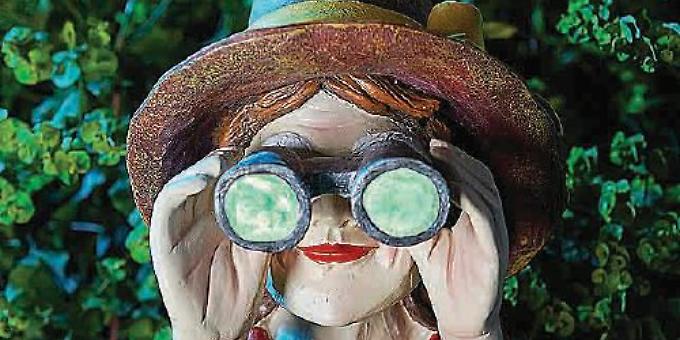 MOST people don’t dare risk being seen as a nosy neighbour — but there’s one area of life where they can quickly satisy their curiosity with a few clicks of a mouse.

Now it emerges that when it comes to finding out what other people’s homes are worth, Reading is home to Britain’s nosiest neighbours.

Property portal Zoopla, which took the findings from searches made on its website, found that Reading residents check out how much their neighbours’ homes are worth nearly twice as much as the average Briton.

Compiled by examining how many times visitors to the Zoopla website used its property estimates tool to get an instant valuation on a property they lived near to, the website’s “nosy neighbours” index compared 50 of Britain’s biggest urban areas against an average national nosiness score of 100.

The searches included in the research were made by people who identified themselves as being a neighbour when making it.

Reading residents topped the table, with a score of 189.1 — nearly double the national average.

A Zoopla spokesman said: “People living in Reading have their finger very firmly on the pulse when it comes to knowing their local market.”

The research also found evidence of a North-South divide, with people in the South seemingly keener than the rest of Britain on keeping up to date with what their neighbours’ homes are worth — perhaps motivated by strong price rises in their areas.

Middlesbrough, Hull, Liverpool, Barnsley, Dundee and Glasgow were identified as being among the areas with the least nosey neighbours.

On a regional level, London appears to be the nosiest area overall, followed by the South East and East Anglia. People living across Wales and Scotland were less likely than average to check out what their neighbours’ homes are worth, with nosiness scores of 62.5 and 54.9 respectively.