First-time buyers up for sixth year in row 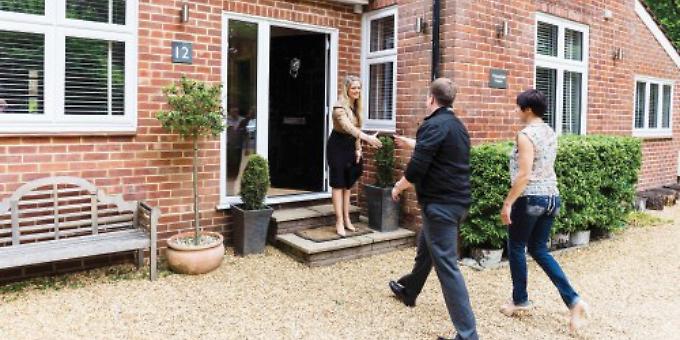 THE number of first-time buyers is estimated to have reached 359,000 in 2017, while those taking their first step on to the property ladder are putting down almost double the deposit than those a decade ago.

According to the latest Halifax First-Time Buyer Review, the number of first-time buyers has gone up six per cent in the last 12 months, continuing an upward trend of six years, despite the average deposit jumping from £17,740 in 2007 to £33,339 a decade later — an increase of 91 per cent.

First-time buyers now account for half of all house purchases with a mortgage — an increase from 36 per cent a decade ago.

Halifax managing director Russell Galley said: “A flow of new buyers into home ownership is vital for the overall wellbeing of the UK housing market.

“This 10-year high in the number of first-time buyers shows continued healthy movement in this key area despite a shortage of homes and the ongoing challenge of saving enough of a deposit.

“Low mortgage rates, high levels of employment and government schemes such as Help to Buy have helped first-time buyers become a much greater segment of the market, and the recent abolition of stamp duty on purchases of up to £300,000 is likely to continue stimulating this growth by reducing the upfront costs associated with taking the first step on to the property ladder.”

The North is the only other region aside from the capital to see a drop in numbers from 17,300 to 16,430 (five per cent) during the same period. On the other hand, the number of people getting on the housing ladder in Northern Ireland has grown by 65 per cent to 9,410.

For first-time buyers in southern England, average deposits have more than doubled in a decade.

Outside London, the largest increase was in the South East, where deposits have risen 157 per cent to £51,457, but still make up less than half the amount being put down in the capital (£112,604).

Copeland in Cumbria is the most affordable local authority district in the UK with an average property price — £120,088 — of 2.9 times the local average gross annual earnings.

Eight of the 10 most affordable areas are in Scotland, including Stirling (3.0), North Ayrshire (3.1) and Inverclyde, West Dunbartonshire and Renfrewshire (all 3.2).

Unsurprisingly, all of the 10 least affordable local authority districts are to be found in London.

The least affordable is Brent, where the average first-time buyer property price — £475,612 — is 12.9 times gross average annual earnings for that area.

Meanwhile, the average age of a first-time buyer in 2017 was 31 — two years older than a decade ago.

The biggest increase in age was in Northern Ireland, up by three years from 28 to 31.

Surveying UK local authority districts, the youngest buyers are in Staffordshire Moorlands, with an average age of 28, whilst the oldest are in Richmond upon Thames at 35 years old.