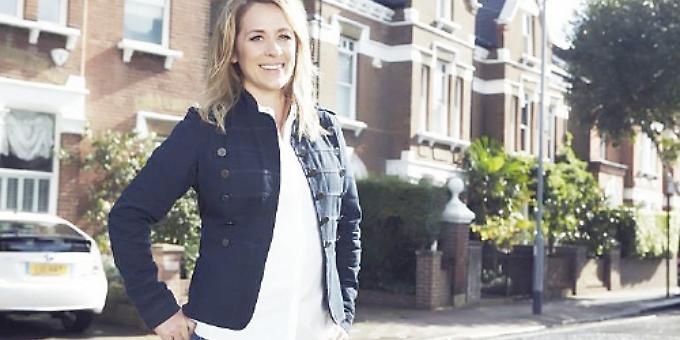 THERE’S no avoiding the fact that the UK is in the midst of a massive housing crisis, with 250,000 new homes needing to be built every year — enough to house 460,000 people annually.

That number of houses hasn’t been built in a year since 1979, and in fact we’re currently struggling to build half that many. Yet homeowners are sitting on 19 million empty bedrooms in England alone.

Building the equivalent of a new city every year is no easy feat. There’s always ongoing debate and drama around where new houses should be built and, with strict laws stopping us building on the green belt, it’s evident we’re running out of space. But maybe there’s another way.

The UK’s leading flat and house share website SpareRoom has found a solution. By renting out just three per cent of England’s existing spare bedrooms in owner-occupied properties, by encouraging people to take in lodgers, we can create a city the size of Liverpool without laying a single brick.

That gives 570,000 people a bedroom, without one house needing to be built. SpareRoom has fought a six-year long battle in the form of its Raise the Roof campaign to incentivise homeowners with spare bedrooms to rent them out to lodgers.

Through the scheme, homeowners with a spare room can now earn a tax-free income of up to £7,500 a year without ever having to fill out a tax return. From 1992 to 2016, the tax-free bracket was frozen at £4,250, but through campaigning, with support from the likes of homelessness charity Shelter and property TV personality Sarah Beeny, SpareRoom’s efforts managed to raise the tax free total to £7,500 — matching inflation rates and making the scheme much more appealing for homeowners.

And those who take advantage are seeing the benefits. SpareRoom has conducted research showing that 14 per cent of Brits admit they couldn’t pay their mortgage without a lodger and a further 33 per cent would struggle.

But there are plenty of incentives to rent out a spare room that aren’t simply financial, with 47 per cent of respondents said the company was a definite benefit, while 15 per cent said they felt safer having someone else in the house and eight per cent pointed to meeting new people as a bonus.

Aside from helping pay the mortgage and regular bills, 16 per cent of respondents said that having a lodger means they can also help their children or grandchildren with university or housing costs, and 23 per cent said they use the income they receive for home improvements.

Matt Hutchinson, communications director at SpareRoom, said: “Building the equivalent of Liverpool to tackle the UK’s housing crisis sounds an impossible task. But most people don’t realise that an unoccupied city already exists, and it’s in the nation’s spare rooms.

“The Government’s Rent A Room scheme is a great incentive to homeowners and we fought for six and a half years to help make taking in a lodger more appealing than ever.

“But the real benefit is to the wider renting community. Creating a city’s worth of extra supply, spread out across the country, means more choice, and therefore cheaper rents, for everyone.

“If we’re not building new houses, we must make better use of the ones we have. Homeowners with an unoccupied bedroom are sitting on a huge number of empty rooms.

“Not all of them will want to take in lodgers, but three per cent seems like an achievable target to aim for.”

For more on Raise The Roof and the Rent A Room scheme, visit www.SpareRoom.co.uk/
raisetheroof

SpareRoom is the UK’s leading flat and house share site with more than seven million registered users. Founded in the UK in 2004, the company expanded into the US market in 2011 and has currently helped almost half a million people find a room or roommate.

• The current housing crisis means that 250,000 new houses need to be built each year to house 460,000 people and cope with demand

• SpareRoom has revealed that if just three per cent of the 19 million empty bedrooms in England’s owner-occupied properties were let out, a new city the size of Liverpool would be created, without laying a single brick

• The Government’s Rent a Room Scheme lets home owners earn £7,500 a year tax free by renting out their spare bedroom, following six and a half years of campaigning from SpareRoom