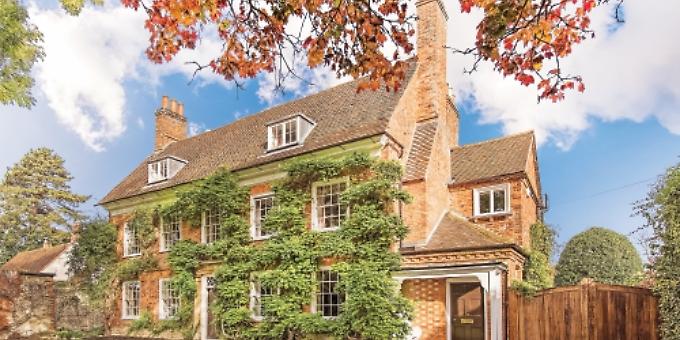 THE brochure for The Old Mill House at Preston Crowmarsh, on the market with Robinson Sherston, describes the front of the house as a “classic William and Mary façade”, writes Alison Stodolnic.

William who? Mary who? I wondered, as I read through the rest of the details.

It didn’t take me long to find out that King William III and Queen Mary II were joint sovereigns of England between 1689 and 1694, and it is believed that building work began on this charming character property in 1692, right in the middle of their short reign.

William of Orange, as he was known before he became King, moved to England from Holland and, together with his young wife Mary, deposed the Catholic King James II (Mary’s father) from the throne. Known as “The Glorious Revolution”, this treacherous act put two Protestant monarchs jointly in charge.

During their reign, the Bill of Rights was passed, in 1689, which increased parliamentary power and made it illegal for a Catholic to ever be King or Queen of England again. While they were on the throne, William and Mary undertook an ambitious and opulent development of Hampton Court Palace in Richmond, in a bid to out-dazzle their arch rival Louis XIV’s Palace of Versailles.

They are also to thank for much of the structure and décor in Kensington Palace — their central London base that was once home to Diana, Princess of Wales and will soon be home to Prince Harry and Meghan Markle.

Back in 1692, William and Mary could not have had the slightest inkling that this house was being built, and that 326 years later their names would be used to describe the front of it.

Most of the house as it stands was added later than 1692, however, in the 18th century, and it is now a Grade II listed building. This charming red brick six-bedroom property has five bathrooms, four reception rooms and has attractive sash and dormer windows, classic fireplaces and herringbone wood block floors.

Set in 5.5 acres of land close to Wallingford, the house benefits from a swimming pool, a tennis court, summerhouse, formal gardens and a boathouse.

• For more information about The Old Mill House at Preston Crowmarsh, which has a guide price of £2.8 million, or to arrange a viewing, call Robinson Sherston on (01491) 411911.