Halve your self-build costs with these tips 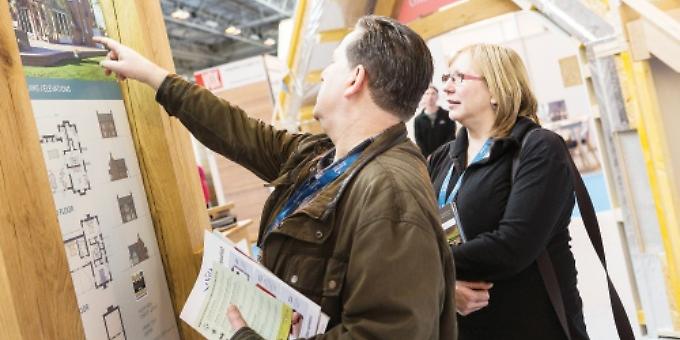 ONE of the experts from this year’s Southern Homebuilding & Renovating Show has shared his tips on how to save up to 50 per cent on the cost of building your own home.

Michael Holmes is a spokesman for the popular event, which returns to Sandown Park in Surrey over the weekend of June 30 and July 1.

Michael’s own self-build journey began 20 years ago, during which time he has completed more than 30 new-build and renovation projects, including building his own home twice and turning a £10,000 deposit into a portfolio worth several million.

He believes that when it comes to building your own home, clever design, careful management of your self-build budget and a commitment of your own time to work on the project can save up to 50 per cent on your build costs and help you put a foot on the property ladder.

With that in mind, his top tips are as follows...

Concentrate on the basics when it comes to specification

When on a tight budget, simple methods of construction and standardised materials are the best option for keeping down costs. Using standard size doors and windows that align to the sizes of brick or block multiples can save you thousands of pounds. Designing the house to use full sheets of plasterboard and other sheet materials such as insulation will reduce labour and wastage, resulting in a cost saving of hundreds of pounds.

The shape and form of a new house has a big impact on build costs — a simple rectangular form as square as possible is usually the most efficient, while curves are best avoided. Complex shaped footprints are expensive to build, as every time you add a corner you increase the average cost per square metre.

Using the available space within the void of a pitched roof is another cost-efficient option — as the structure will be built anyway the space is free of cost other than for fitting out and consequently the cost of space within the roof is 40 per cent less than adding the same space by making the ground or first floor larger — and you don’t lose valuable garden space either.

Build up not out

A two-storey house will usually cost less to build than a bungalow of the same size. This is because the foundations and roof are two of the largest cost elements of the structure of a house — and they are around half the size for a house than for an equivalent-sized bungalow. The saving can be as much as five to 10 per cent of the build cost.

Other ways to save money...

• Roof tiles — by opting for large-format interlocking concrete tiles you will end up saving more than if you purchase small, handmade tiles or those made from natural materials, as the larger format requires less labour to lay and the material is not double or triple overlapped.

• Don’t include a chimney — chimneys are costly to build and modern houses don’t need them for heating, so they are mainly an attractive feature. By not including one in your new home, you can save around £2,000 to £8,000. If you really want real flames, a stove is a less expensive option.

• Clever detailing — stone or cast stone features around doors, windows and to emphasise the corners of the house add character but also add cost. Creating a similar feature using less expensive materials such as bricks or tiles for window sills can prove significantly less expensive. Generally the details of simple vernacular cottages and houses is less expensive than more grand architectural styles such as Georgian and Victorian.

• Exclude bay windows — They require more work underground to form the foundations and you will also need special corner bricks and lintels and, usually, an insulated, tiled roof and internal ceiling for this. The lead flashings and cavity trays have to be handmade and fitted, making this more expensive. As a result there is usually an extra cost of around £2,000 to £4,000 per bay.

• Keep landscaping simple and turf the garden — An average garden area can be transformed for less than £500 and you can always add to it later. To turf all your garden areas by yourself just level, rake to remove stones then roll and get the turf ordered.

• Gravel — one of the most cost effective options for a new driveway is gravel. To reduce costs order bulk quantities delivered loose rather than bags of material. It’s not suitable in all situations, though, so check first.