War hero turned architect’s home has so much to offer 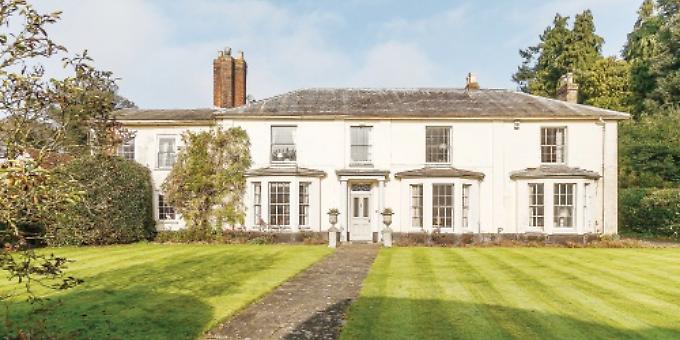 THIS week sees the 74th anniversary of the Normandy landings on June 6, 1944 — otherwise known as D-Day.

In Operation Overlord, 156,000 Allied troops from Britain, America and Canada landed on Utah, Omaha, Gold, Juno and Sword beaches along a 50-mile stretch of French coastline.

This was the largest seaborne invasion in history and it began the long struggle to liberate northern Europe from Nazi occupation.

Major Bird was awarded the Distinguished Service Order (DSO) for courage and leadership at the Battle of Alamein in 1942, by which time he had already earned two Military Crosses.

He continued to serve in the army throughout the war until the Battle of Arnhem, which came a few months after D-Day in September 1944, when he was blown up by a mortar, dragged to safety and sent home.

Major Bird later became a distinguished neo-classical architect in London and Cambridge, after recovering from his injuries and brave wartime achievements.

When he and his wife moved to Turville Heath House in 1975, Major Bird undertook an ambitious project of modernisation and refurbishment that transformed it from a shabby old period property into a delightful family home. In doing so, he carefully preserved all the original features, so it still has oodles of character and charm.

Putting Turville Heath House on the market marks the end of an era for the Bird family. Major and Mrs Bird’s three grown-up children, Sarah, Antony and Nicholas — and all their children — have many fond memories of whiling away long weekends and hot summer holidays there over the years.

The property is a beautiful Grade II listed building up a private driveway in an idyllic rural location on the edge of the protected and unspoilt common land of Turville Heath.

The original part of the house, now the kitchen and dining room, dates back to the Tudors and the reign of Queen Elizabeth I, and was built around 1600.

An elegant drawing room was added around 1820 during the Regency period, and a Victorian library which is now the sitting room was built in 1870.

As is often the case with older properties, the main part of this house is only one room deep, which means that the drawing room and sitting rooms are wonderfully light and have views across both the front and back gardens.

The impressive dining room has a beamed ceiling and display alcoves and leads on to the pretty country kitchen which has an island and a tiled floor.

On the first floor there is a spacious master bedroom suite with massive Georgian windows, an open fireplace, a separate dressing room and an en suite bathroom.

There are four further bedrooms upstairs and two more bathrooms. All of the bedrooms have pleasant views over the gardens and some overlook Turville Heath itself. Some of the bedrooms are double-aspect and have fireplaces, bookshelves and elegant sash windows.

Outside, there are several distinct areas within the mature gardens of Turville Heath House, which have a terrific view of the mature chestnut trees of Mrs Henry Ford’s estate next door.

Next to the front garden is a kitchen garden with a greenhouse, and for warm days there is a wide terrace to relax on, overlooking the croquet lawn with its herbaceous borders and pond.

Separated by a 200-year-old hedge is a swimming pool garden with a pool house. The house has a white picket fence with a path to the front door and plenty of courtyard parking.

The property also benefits from a tennis court, and several outbuildings that incorporate a garage and a store room and have great potential for development.

The countryside around Turville Heath is quiet and beautiful, which is why so many celebrities have made their homes there — properties in this location come on the market only very rarely.