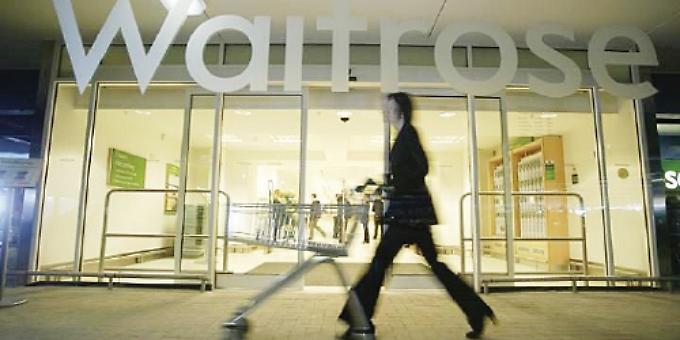 NEW research from Lloyds Bank has found that living near a local supermarket can push up your property’s value by £21,500 compared to homes in nearby areas without a supermarket chain.

The report also reveals that having a premium brand on your doorstep means buyers typically need to pay top prices.

Homes in areas with a Waitrose, Marks & Spencer or Sainsbury’s are most likely to command a higher house price premium when compared to the wider town average.

In the past year the premium attached to living within walking distance of a Marks & Spencer has grown by £10,143 (from £29,992 to £40,135) the largest rise amongst the supermarkets chains. By comparison, the price premium near a Waitrose has grown by a relatively modest £7,000 in the past year.

Interestingly, smaller local stores like a Little Waitrose, Sainsbury’s Local or Tesco Extra attract a higher average premium of £58,109 compared with a larger superstore (11 per cent or £30,580).

But it’s homes near to budget supermarkets that were found to have seen the biggest house price rise: properties near to Lidl, Aldi, Morrisons and Asda have increased by 15 per cent (£29,316) over the past four years.

This is a faster increase than for all supermarkets (10 per cent), showing that houses near discount stores can also be popular and the cheaper supermarkets are catching up fast.

In addition, in 2014 property prices close to an Aldi traded at a discount of -£3,586 than the wider town. In 2018 house prices in areas with this “discount” retailer now fetch a higher price premium, compared to the rest of the town, at an average of £2,301. Homes near a Lidl are also worth £5,411 more than other properties in the nearby area.

Andy Mason, Lloyds Bank mortgages director, said: “It’s easy to assume the effect of different factors on the value of a property but this research clearly shows that there is a significant link between the convenience of a local supermarket and house prices.

“The Waitrose factor has been known for some time and although the likes of Aldi can’t yet boost house prices in quite the same way, the research shows that all stores are now having a positive effect on local property prices.”

The average house price of properties close to a Waitrose store is £420,112 — the highest amongst the national supermarket chains. This is almost double the value compared to locations with an Aldi (£213,765, the lowest).

At a local level, Chiswick in Hounslow, Golders Green in north London, Trumpington in Cambridge and Ponteland in Newcastle command the greatest average property prices when compared with the surrounding town average.

The average house price in Chiswick, which offers residents a Waitrose, Sainsbury’s and Marks & Spencer, is £1,021,701. This is a premium of 94 per cent or £496,346 when compared to the average price for the borough of Hounslow.

In Golders Green and Trumpington, where shoppers are catered for by the same three stores as Chiswick, the price premium is £352,297 (52 per cent) and £248,062 (55 per cent) above the wider area respectively.