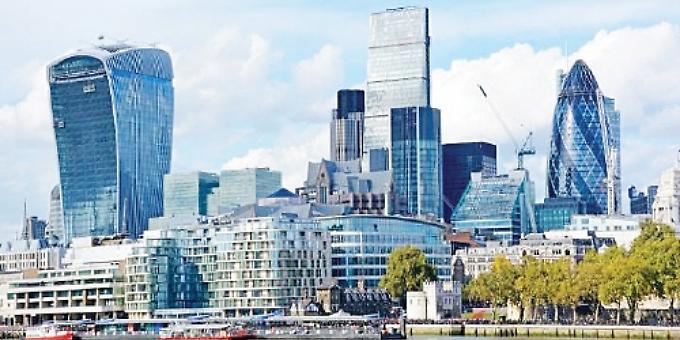 DEMAND for property in London flattened out in June, following two months of marginal increases in the capital.

Figures from the Royal Institution of Chartered Surveyors (RICS) based on mortgage approvals data are currently showing little reason to expect any uplift.

This is likely to persist through the second half of the year with national figures showing the time taken to complete a sale edging up from around 16 weeks in spring 2017 to around 18 weeks at present.

For the fourth month in a row, new instructions have risen, with 22 per cent more respondents seeing an increase in the flow of properties being put up for sale, in the capital.

However, with average stock levels remaining low it would be too early to suggest that this issue is lessening as an obstacle.

The RICS UK Residential Market survey has in the past highlighted a lack of available secondhand stock as a key impediment to the efficient functioning of the market, and the pipeline looks unlikely to improve with new appraisals of property by valuers down on the same period last year.

Looking ahead, sales expectations in London are mildly positive for the coming three months, with a similar outlook for the 12 months ahead, according to respondents.

At the headline level, prices continue to report declines in London, though the pace of decline has eased slightly compared with the five previous reports.

Respondents are also anticipating declines to continue over the coming three months, but again at a slower pace.

Looking at the lettings data, new instructions coming through to London agents have dropped by 20 per cent (non-seasonally adjusted figures), while the rent expectations series in the capital is pointing to a rise in rents over the five-year horizon.

Simon Rubinsohn, RICS chief economist, said: “It is hard to see what is going to provide much impetus for activity in the housing market in the near term.

“Meanwhile, the ongoing challenges around lifting the delivery pipeline, reflected in last week’s disappointing data on housing starts, is captured in the suspicion in the survey that prices are likely to resume an upward course over the coming year.

“The challenge is also visible in the response of the private lettings market to change to the tax treatment on investment properties. While it is understandable that the government wanted to provide a lift for first-time buyers, this may well come at the cost of higher rents as the appeal of buy to let diminishes.”

Geoff White, RICS policy manager, added: “This is one of the most complicated market situations that we have seen in some time, and with some of the working policy solutions taking a long time to get to market we’re seeing a difficult situation get worse.

“The situation in the private rented sector gives great cause for concern as supply continues to drop. It would appear that new policy on taxes and stamp duty have made it so difficult for landlords at a time when the UK needs more homes to rent, that many continue to exit the market.

“A standardised set of regulations would go some way to help ease the life of both those renting and those looking to let, and RICS continues to ask government for greater regulation through adopting the code of practice used by RICS professionals and others.

“In the meantime, the government also struggles to reach its housebuilding target. The revised National Planning Policy Framework (NPPF) is to be announced soon, but few hold out hope it will achieve its aim of significantly speeding up planning applications and actual delivery.

“The prime minister also tasked Sir Oliver Letwin to review build out rates and alleged land banking. His interim report suggests building a greater mix of tenures — including private rented sector — is the answer, and we look forward to the final recommendations.

“Faced with the uncertainty around Brexit, recent government changes and a shortage of skilled trades such as bricklayers, as identified by Sir Oliver Letwin, and you can see how the new housing minister Kit Malthouse — the eighth person to have that title since 2010 — has his work cut out.”